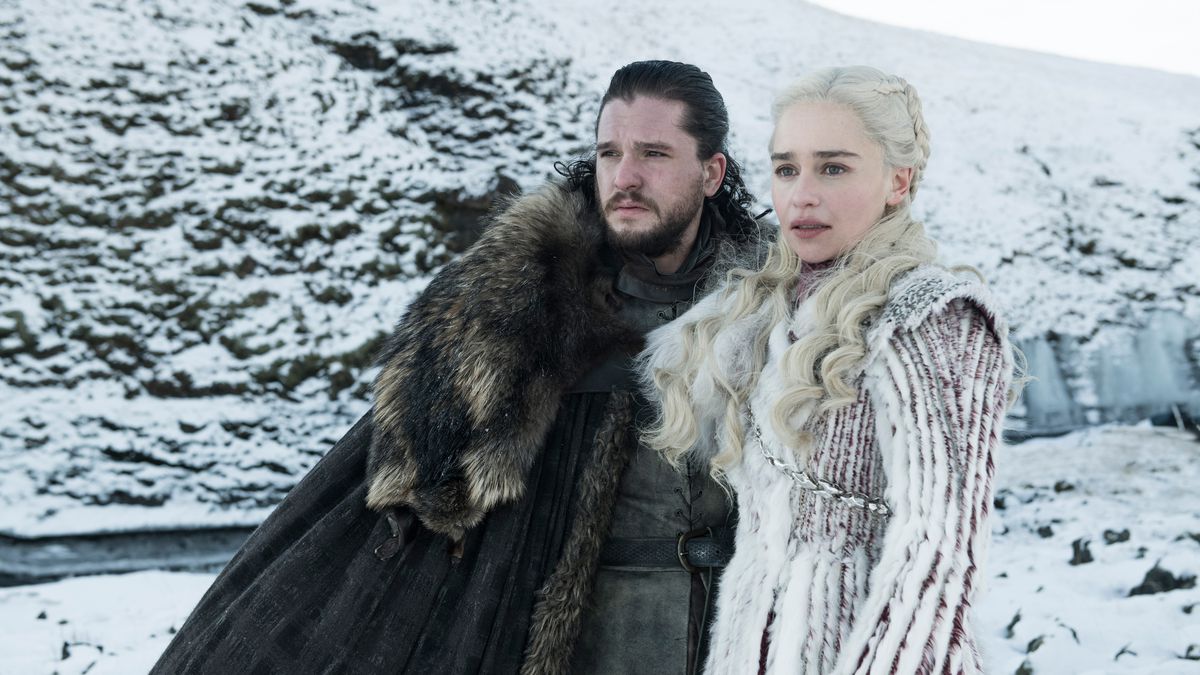 Winter has arrived: the final season of the fantasy sports league A Game of Game of Thrones is back for one more round. This is it — the big one. Once again, we’re teaming up with Fantasizr to let people draft fantasy teams based on HBO’s series Game of Thrones, and rake in points based on individual character milestones. Season 8 will premiere on April 14th, officially kicking off the season, but first, players will need to assemble their teams, based on who’s still alive and in the game. So in order to know who’s still eligible for the draft, let’s take a second to remember what happened during last’s year Game of Game of Thrones. We’re largely still using the rules established by former Verge culture editor and original GOGOT-master Emily Yoshida, but there are some tweaks this year, so let’s go over those as well.

And I should probably introduce myself. I’m Julia, The Verge’s resident YouTube-obsessed reporter. I used to help run Game of Thrones coverage at Polygon, The Verge’s sister site, and home to many Game of Thrones devotees. I stan Jaime Lannister (sorry, Jon Snow), but I also stan his sister, Cersei. (Please note that I don’t stan their relationship.) There’s also a soft spot in my heart for Tyrion, so basically all you need to know about me is that I love the Lannisters and I loved the Malfoys before them, so evil attractive blonde people are kind of my jam.

Here’s a rundown on some rules in effect for this year’s Game of Game of Thrones. Players will now get 15 points if their character performs an act of betrayal. If it turns out to be a fake double cross — imagine if Benedict Arnold was just like, “Psyche!” — than you get double the points, one for the original betrayal, and one for the double-double-cross. I suspect we’ll see a lot of that this season. An additional 15 points will also be given to characters who join or form an alliance. Last season saw the birth, and the quick deaths, of some alliances between unlikely parties. That may only grow this season, as the White Walkers invade the North and the true battle for Queendom begins.

We’re bringing back the editor’s choice award, for MVP of a given episode, which can be awarded for any damn reason I want. Think of this as the Emily Yoshida Memorial Wow That Character Had The Best Outfit Award. Essentially, I’m going to choose my favorite moment that involved a character, and if they’re on your team, you’ll get an additional 20 points. And in the spirit of honesty and fairness, I vow to not just make that moment “Jaime showed up!” week after week. If Jaime is revealed as Azor Ahai, though, he’s going to clean up — we’ve added a new category for that one, since it’s one of the biggest remaining mysteries (and one of the biggest fan-debate points) on the show.

We’re also adding points caps in some categories this year, to avoid situations like “Beric Dondarrion set his fancy magic sword on fire 12 times this episode, and made a billion points just for doing the same thing over and over.” That’s meant to reflect that it’s a big deal if Tyrion gets to ride a dragon, but not if Dany rides one in every scene. And we all expect Bran to have prophetic visions, but don’t necessarily want him to win the Game of Game of Thrones just for going on a six-scene vision quest.

Lastly, we’re adding new point categories for the series finale. Players will get 20 points for every character in their league who survives the show. That may not seem like much, but let’s be honest: in Game of Thrones, it’s a big deal if you show up to a wedding and leave with nothing worse than the beginning of a nasty hangover. Players will get an additional 30 points if their draftees end the show as a queen or king — which will stack with “promotion” points for characters who aren’t already rulers, and “take the Iron Throne” points if someone clearly comes out as the ruler of Westeros.

But who’s actually available to take the Throne? Let’s look back at who’s still around from last season.

Unlike in the seasons before it, season 7 of Game of Thrones ended with basically every major character in one city — and more or less in one empty courtyard. Jon, Cersei, Daenerys, Jaime, Tyrion, the Hound, the Mountain, and Brianne all finally meet up in King’s Landing to discuss the important things in life. The rightful heirs to the throne, the pleasant eternal summer that certainly isn’t coming to an end, the Cleganes’ burning hatred for each other, the fact that dragons are very much real and standing before them, and the monstrous zombies and liches who are about to take over the North.

Naturally, everyone at the meetup has their own pressing issues. Cersei wants to retain her spot on the Iron Throne, and will do anything in her power to do so. Daenerys has other plans; with her dragons and blood relationship to the monarchy, she believes she’s the rightful queen. She’s spent years building an army and learning how to train her dragons just to prepare for this moment. She’s faced the undead in the icy north — she’s not just going to quail at Cersei’s icy glare. Plus, Tyrion has gone to extreme lengths to find his way back into King Landing’s inner circles — one not controlled by his late father or cruel sister.

That leaves Jon Snow, a nice boy from the North who just wants to stop the ice-zombie creatures from murdering and feasting upon the skin of everyone he knows. He even goes through with a ridiculous plan to capture a White Walker and bring it to King’s Landing to show Cersei and the rest of the crew what’s up. Cersei wants to help Jon, she really does, but she wants something in return — that he pledge to not take sides in the war between her and Daenerys. He can’t do that because he’s already pledged fealty to Dany — so Cersei isn’t helping out either. As she says, “The dead will come North first. Have fun dealing with them.”

Everyone returns home to their perspective homes, where a few important things happen. Littlefinger is killed, Sansa and Arya band together in Winterfell, and Jon and Daenerys have hot they-don’t-know-it’s-incest sex, while Tyrion mournfully spies on them. Oh, and the White Walkers’ leader, the Night King, has resurrected Dany’s slain dragon, and he uses it as a weapon to bring down the Wall protecting the north.

It’s difficult to say who came out on top in season 7; everyone is in the same precarious state of waiting for the next big event to happen. But as the White Walkers and their undead ice-dragon break through the Wall, the North is the season’s clearest loser. Well, that and Littlefinger, who pretty much loses all his dignity and all his blood in the same scene.

Game of Thrones doesn’t abide by traditional storytelling rules. Anyone can die, and a lot of people will. It makes a Game of Game of Thrones terribly exciting, but it also means the characters available to draft for your team changes every season. For example, the wonderful, powerful Olenna Tyrell presumably died offscreen last season, after delivering one of the show’s best exit speeches to date.

Benjen Stark and Littlefinger are both out of the picture. While Uncle Ben came back to the show for a heroic few seconds, his time has officially come to an end. Littlefinger, on the other hand, deserved his final farewell, and deserved the way he was tricked and trapped by Sansa, Arya, and Bran Stark. His demise has been a long time coming, and it was a gallant display of strength from the Stark siblings.

If you were looking to draft any of the Sands, you’re running out of options. Tyene, Nymeria, and Obara Sand were all killed last season, in particularly gruesome ways. We didn’t see Ellaria Sand killed, but we’re left to presume she did die.

Technically, Viserion also died — but his undead, animated corpse still counts as a character. This year, given that we’re running out of character options, you can draft the dragons individually instead of as one special team. And any “dead” characters who unexpectedly show up again, either as wights or because Game of Thrones is full of death-fakeouts, may become available in the draft later, to replace dead characters.

As usual, The Verge is building its own Game of Game of Thrones league, and our staffers will have our predictions and rosters in before the new season begins on April 14th. Once we’re leagued up, we’ll post the results, and there’ll be a weekly column here summing up the score, the scenario, and the stats. Start getting together your own team, and decide who you want to draft. Head over to Fantasizr now for more details.