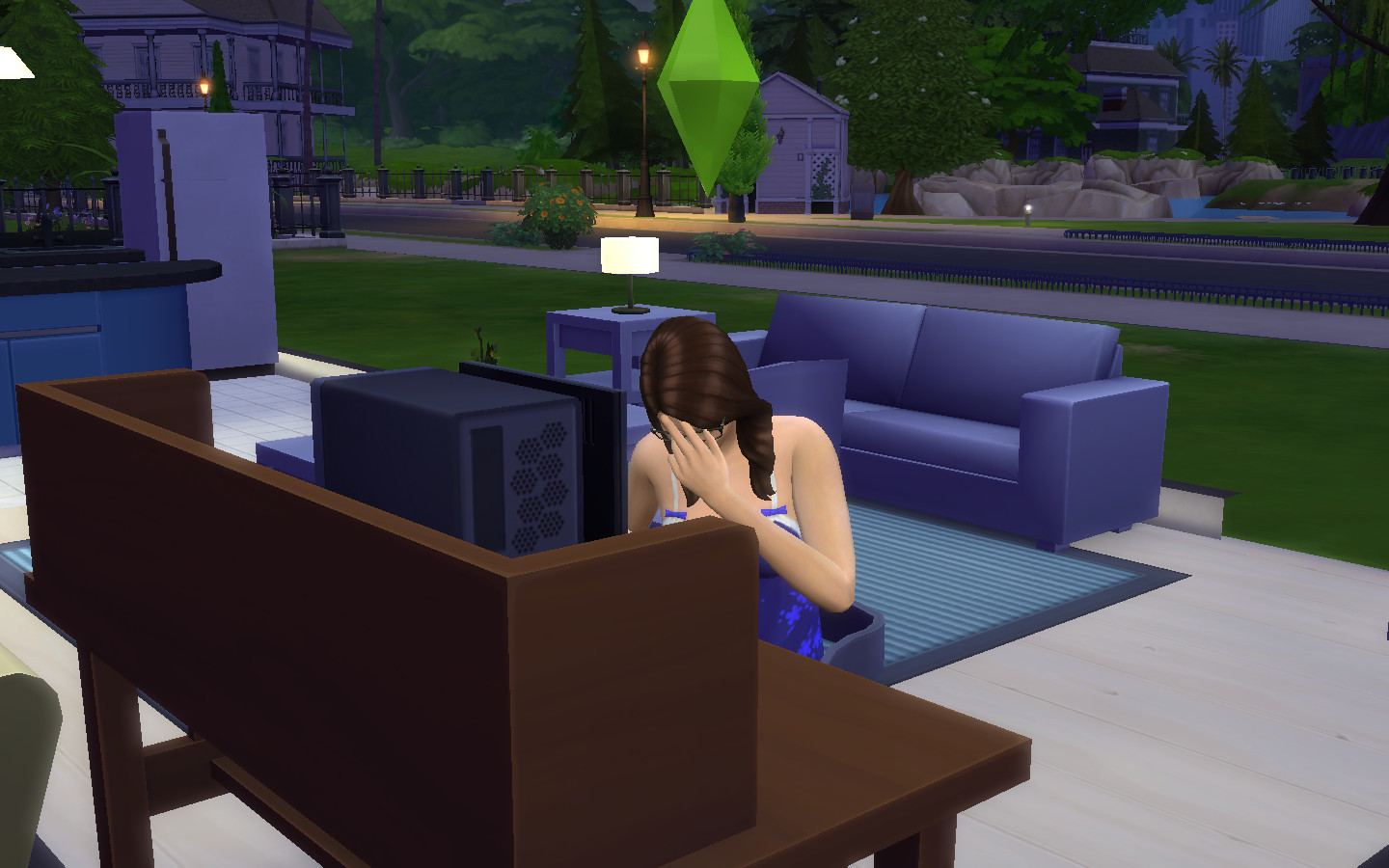 The first paycheck Natt received after her first freelance writing assignment, she spent on mac and cheese.

I’m referring to her in third person because the Natt in question isn’t necessarily me, but a Sim version that lives in the town of Newcrest. But it isn’t inaccurate, either. I’m pretty sure me in real life spent my first adult paycheck on a round of drinks.

This week, Electronic Arts released an update for The Sims 4 that now allows your characters to choose freelancing as a career path, with the option to write, program, or create art for a living. As someone who started her career out as a freelancer, I had to know how deep the simulation cuts. Jobless after graduation, there were many days when I would send out pitches into the void, hoping that maybe one day someone would like them just enough to pay me. I spent lunch times snacking on take-out Thai food while keeping track of all the articles I had written to invoice my employer. Then having to follow up with awkward emails to see whether a paycheck had been cut or when it was coming.

Some of that discomfort persists in The Sims 4, but not in the ways I’d anticipated. As a freelancer, Natt Garun the Sim, slayed.

After moving into her starter home, she buys a clunky PC and gets a job almost immediately after signing onto the web. Her first task: write a top 10 listicle for a pay rate of $145. It takes Sim Natt two hours to finish this (longer than I would like to have taken, if I’m being honest) and she gets paid nearly immediately after she sends it in. Her editor provides glowing praise and virtually no edits. I am jealous of this Natt. Edits early in my career were way less stellar.

With her first article down, she signs on to more jobs spewing clickbait articles. She even starts turning them into fancy slideshows, and pocketing extra money from the added clicks. (I never reaped the benefits from this in the few jobs I had that involved slideshow creation.) Her clients love her work, and with each low-level writing job, her creative skills grow. Jobs remain consistently available, and she snatches them up minutes after logging online to find gigs. The world is her oyster.

Sim Natt starts to fall into a routine of spending her hard-earned Simoleon (the Sim world currency) on food and constant appliance repairs, taking breaks in between to post to social media and sleep. Her mood status indicates she’s happy. I recall those moments of landing my first freelance jobs and getting those first paychecks, too. It was exciting and validating, like the past four years that were spent studying your profession had finally come to life. Like you could do this forever.

But nothing good lasts, especially in The Sims. After cranking out articles day in and out, Sim Natt starts to feel tense. Her social life tanks to the point where she was desperate for anyone to walk by her house to talk to. Somehow, the only people that come by are children, and Sim Natt ends up with three kids’ and a teenager’s numbers on her phone. The teen will eventually become her only good friend, who even Sim Natt has to occasionally ghost to make deadlines. I am not proud of this. Any of it.

The later Sim Natt has to stay up to write, the worse her quality of work becomes. Clients now seem constantly unimpressed by her submissions, and require hours of edits to make the work publishable. She cuts closer to deadline with each project, handing things in minutes before they’re due.

The more work comes back rated as poor, the sadder Sim Natt gets. Even when her teen best friend comes over to hang out, she gets so uncomfortable to the point where she hides in her room to be left alone. Some days I still get those feelings of insecurity, leaving a room full of friends to slink under my bed covers or planting myself on the bathroom floor. Watching a virtual version of me step away from a party to sob beneath her blanket crushed me.

I AM NOT PROUD OF THIS — ANY OF IT

It gets better for Sim Natt, though. With the freedom that a freelance life affords, she starts to pull back from work for a few days to spend it cooking, playing games, and reading. Eventually, she is able to find joy in the things she loved doing again. After that point, her writing improves, too, and she goes on to successfully ghostwrite books in a single night, earning thousands of Simoleon per gig.

Obviously, real life doesn’t work out quite this way. The most talented, creative people in the world can’t turn out masterpieces like machines, and depression and loneliness can’t be solved by simply quitting work and checking social media timelines (if anything, they make you feel worse). Diving back into The Sims’ freelance life makes me miss some of the freedom that comes with choosing your own hours, and being able to easily walk away from work when you’re not at your best. But Sims rarely have chronic health conditions, and the game doesn’t come close to addressing the kind of lifestyle stability that comes with employer-sponsored health care, retirement programs, or paid sick days.

But that’s not the point. The Sims is about living out your alternate fantasy — ones where your joy derives from mood metrics that are easily attainable with a few clicks of a mouse. When I see Sim Natt sad and build herself back up to happiness, I’m reminded of where I was and where I don’t want to be. If only the real world was as uncomplicated.