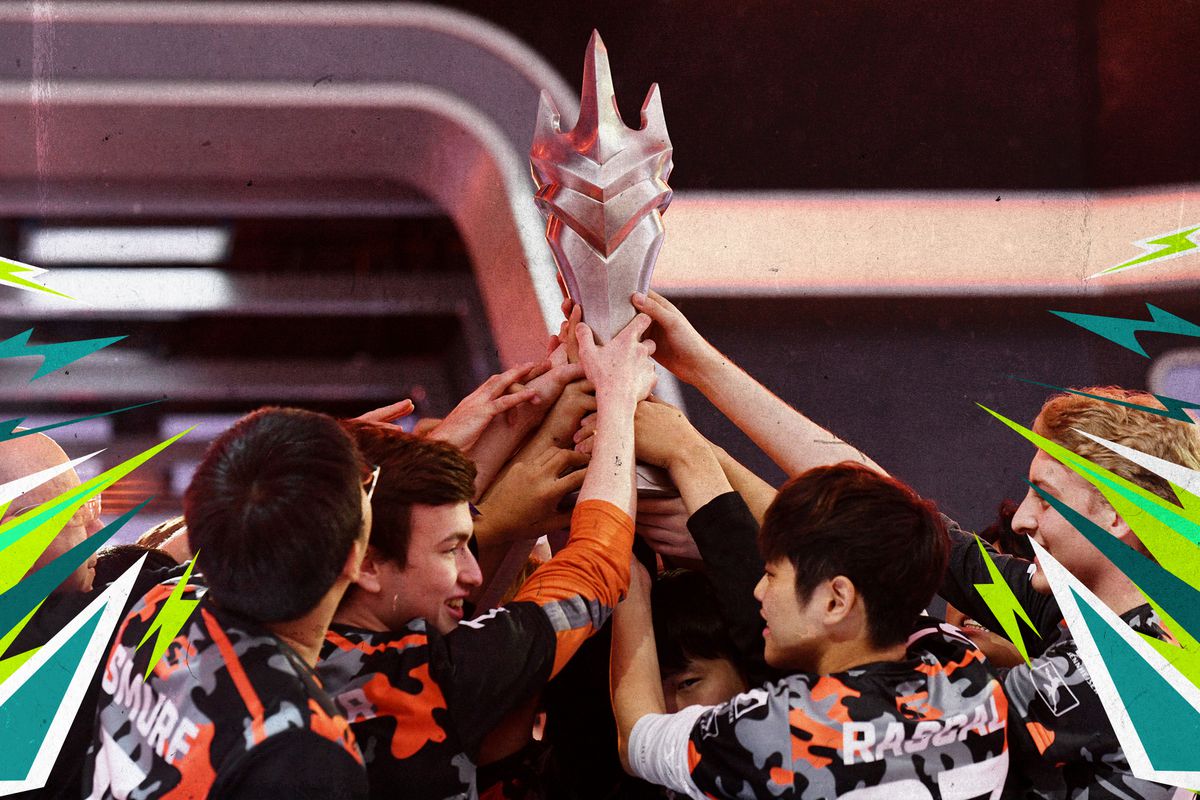 The Overwatch League returns for Season 3 at 1 p.m. ET Saturday, and you can catch all of the matches on YouTube.

For the uninitiated, Overwatch is a fast-paced video game that looks chaotic on screen, but requires incredible coordination and communication, making it an excellent competitive sport in which teamwork usually trumps individual skill.

The league is making big changes for the coming season that could major ramifications not just for the competitors, but esports as a whole. Here’s everything you need to know about the upcoming Overwatch League season.

Overwatch is a 6-vs-6 class-based shooter in which two teams fight over objectives. Unlike Counter-Strike or Fortnite, where the only difference between characters is the guns they pick up, Overwatch characters have unique abilities.

If you’ve never seen competitive Overwatch before, I recommend this summer’s World Cup match between the United States and South Korea to get started.

How does the Overwatch League work?

The league consists of 20 teams, split into Atlantic and Pacific divisions, that play 28 regular-season games apiece. The division winners get the top two seeds in the playoffs, followed by the next four teams with the best records regardless of division. The teams ranked seventh through 12th go to a wild card tournament to determine the final two playoff spots.

Playoffs are double-elimination, so any teams that slip up get a second chance to make a run to the final.

Are OWL teams actually playing in their home markets now?

Overwatch League started in 2018 with teams named after cities, with the hope being that it could become the first game in esports to create local fandom just like traditional sports. The league started with 12 teams, then expanded to 20 squads representing cities in six different countries. Most of the teams are owned by esports organizations that compete in other games, and are promoted as part of those brands despite being named after cities and not their parent organizations.

Though the teams are tied to regions their names, they played exclusively at Blizzard’s studio in Los Angeles in Season 1. The show went on the road for a small number of local team-hosted matches in Season 2. For the start of the current season — Season 3 — the LA studio has been left behind entirely, and all the matches will be played in the teams’ home markets.

The league is hoping to build off the big success of its homestand weekends in Dallas and Atlanta last season. The league returns to Dallas in Week 1, and will also have matches hosted by the New York Excelsior in New York City.

Why can’t I find the Overwatch League on Twitch?

Almost every esports tournament that matters can be found on Twitch, so people who haven’t kept up with the news are going to be in for a shock when they don’t know where to find the Overwatch League on Saturday. Activision Blizzard has signed a deal to give its three biggest esports titles — Overwatch, Call of Duty and Hearthstone — exclusively to YouTube.

The platform draws hundreds of millions of eyeballs on its gaming-related content, but has not seriously competed with Twitch on live events. It is clearly willing to throw around a lot of money to change that. No one knows how much the YouTube deal is, but it’s rumored to be more than OWL’s last one, which was worth $90 million over two years.

Leaving the platform where most of your audience hangs out is a bold move!

Yeah. It’s possible that Blizzard has drastically underestimated how much of its audience is casual. Most Overwatch League streams sat between 100,000 and 150,000 concurrent viewers during matches. It’s not an apples-to-apples comparison, but the first week of Call of Duty League peaked at about 75,000 viewers on YouTube. A lot of people go to Twitch to see what’s on, notice OWL is popping, and check it out. That doesn’t really happen on YouTube, which currently has a bad live content recommendation system.

But it’s possible that Blizzard and its advertisers don’t really care about live viewership. Video on demand is a lot more easily accessible on YouTube than it is on Twitch, where Call of Duty League is off to a solid start. Week 1’s marquee match between the Chicago Huntsmen and Optic Gaming has roughly 516K views as of publish time.

OWL should see a dip in live viewership over the first few weeks of this season, but it could wind up with more total viewership in the end.

Where did my favorite caster go?

Controversially, the Overwatch League has seen some of its top commentators leave this offseason. The departure of former OWL commissioner Nate Nanzer, who joined Fortnite publisher Epic Games, apparently led to irreconcilable differences of opinion about staffing and creative vision between Blizzard and some of its talent.

Christopher “Montecristo” Mykles and Erik “DoA” Lonnquist, who were extremely popular League of Legends casters before signing on with OWL full time, are the highest-profile departures. Fans won’t be happy to see Auguste “Semmler” Massonat or Malik Forté go, either. (Chris Puckett is no longer with Blizzard full time, but could potentially make appearances, since he’s still working with the company on a freelance basis.)

Alarmingly, the league has yet to announce a complete talent lineup. The league’s signature voices, the duo of Mitch “Uber” Leslie and Matt “Mr. X” Morello, have yet to confirm they’ll be back for Season 3. And while they’re expected to return, the OWL wouldn’t feel the same without them.

Hey so … it seems like a lot could go wrong here

Yeaaaaaaaah. If you care about esports in general, not just Overwatch, you should be keeping an eye on the league this season. Considering the big risks that the league has made by going to an all-homestand model, changing platforms and declining to re-sign top talent, it’s possible that this season could go very badly for OWL. And given that investors have collectively sunk over a billion dollars into the league, failure could have long-term consequences for esports as a whole.

This is not to say that a massive failure on the part of OWL would stop the growth of esports. Rather, that it would inform the business model going forward. Is it viable to run franchise leagues like traditional sports leagues? Or does esports need to follow a completely different model?

Enough of that, let’s talk about the games. What am I looking at here?

Overwatch currently has 31 heroes, and teams play six of them at a time. Heroes are not exclusive to one team, like League of Legends or Dota 2; both teams can play Mei at the same time, for example.

The characters are split into three different classes. Tanks have high survivability and damage mitigation. Support characters can heal teammates. And damage characters focus almost exclusively on eliminating enemies. Teams have to pick two characters in each class. Games are often decided by which team can combine these abilities with the best coordination, rather than simply who’s good at shooting.

Here’s a good explanation of the game’s four different map types. Overwatch League matches rotate through the map types and are first to three map victories, due to the possibility of draws.

When you watch Overwatch League, you’ll hear casters refer to the meta on occasion. This means the metagame — the game inside the game, or the current preferred strategy.

“Meta” alludes to how how hard it is to balance a video game like Overwatch in a way that makes all characters equally viable in professional play. There will almost always be a composition of six characters that is ideal for a particular situation, given their combination of abilities.

Blizzard recently released a new version of the game with small tweaks to the strengths and weaknesses of a few characters. While these small differences are hardly noticeable if you play the game yourself at low ranks, they’re extremely important to how the game is played at the professional level. No professional matches have been played on the latest version of Overwatch, so even the best players can only guess at what the current meta is.

We will likely see a variety of strategies in the opening matches, before teams finally settle into a clearly defined meta. But there’s a wrinkle this year …

New for this season: Hero pools

Every week, four of the strongest characters in the game — one tank, one support and two damage — will be banned from Overwatch League play in an effort to shake up the meta.

Last season, fans got sick of seeing the same characters and strategies over and over again. Before the league mandated that teams picked two characters in each class, the meta was something called GOATS, named after the team that popularized the strategy. This three-tank, three-support, no-damage character composition forced star players who preferred damage dealers to use the tank hero Zarya or the support hero Brigitte instead. This was annoying to fans as well as players, who were bored with having to play Brigitte, a character with a low skill ceiling.

Mandated 2-2-2 was initially celebrated by the community, but ended up making things worse. The double shield composition led by tanks Orisa and Sigma was even less fun to watch (and play) than GOATS.

To avoid running into a problem like that again, Blizzard introduced the banned hero pool system. So even if the meta is bland one week, you can be sure that different characters will be played the next week.

I’m not from any of the cities that have teams, want to give me a rooting interest?

Front-runners: If you’re a fan of the Yankees, Patriots and Barcelona, may I suggest the San Francisco Shock? The Season 2 champions are widely expected to win the league again this season. The introduction of hero pools could have been a massive shakeup, but it actually just benefits San Francisco more than anyone else. The Shock don’t have the best player in the league on any character, but have a top-five player in the league on literally every character. They don’t have a set starting lineup, but 10 players they can swap in and out seamlessly depending on the map and which heroes are banned.

Pure fun: If you care about play style more than wins and losses, the Chengdu Hunters are for you. They were the only team to consistently buck the GOATS trend and play damage characters on a regular basis early last season, and are expected to keep playing off-meta compositions thanks to Ameng, the only player in the league whose best character is the tank Wrecking Ball.

Moneyball: If you really liked that book or movie, you’ll be able to get into the Boston Uprising, who have become the OWL’s Oakland A’s. Boston specializes in picking up undervalued players from the second tier Contenders, developing them, selling them to other teams for a profit, then replacing them with fresh Contenders talent.

Talking smack: If you really just want to get into a team that is funny and loud and likes taunting, you should support the Atlanta Reign.

Lovable losers: Despite disappointing results, the core of the Houston Outlaws has remained intact for three seasons, mostly because of their strong fanbase and lovely personalities that make them very hard to fire. Muma, Rawkus and Linkzr are among the league’s most popular players, even if they lose more than they win.

I want a team that wins but I don’t want to seem like a really obvious bandwagoner, you know what I mean?: Hell yeah, I know exactly what you mean. The Shanghai Dragons set a global sports record for futility by losing their first 42 matches. But the team finished a respectable 13-15 last season, then made some big additions during the offseason. They’re going to be really good, so get on board now before the bandwagon fills up.