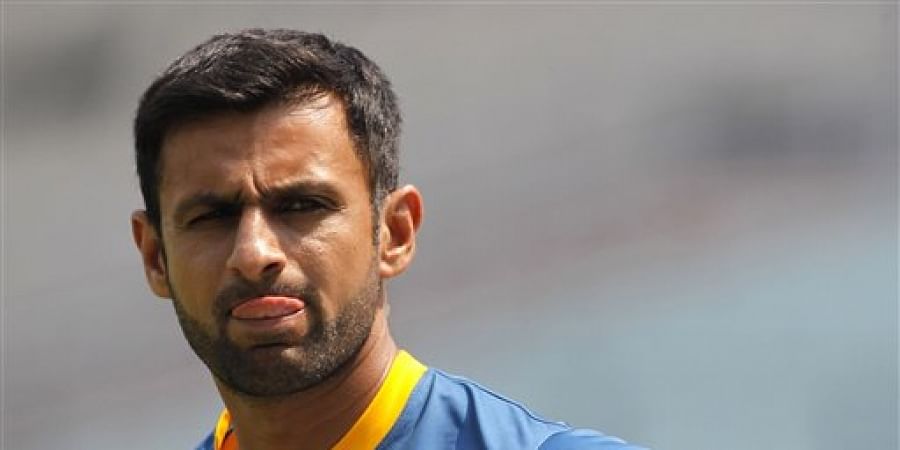 KARACHI: Former Pakistani players have come down heavily on all-rounder Shoaib Malik for his first-ball duck during the 89-run loss to India in a World Cup match, saying the veteran should consider his career over after the debacle.

Malik, 37, had said early this year that the World Cup would be his last ODI assignment with Pakistan as he would retire and focus on the World T20 next year in Australia.

But with just eight runs under his belt in three matches in the World Cup, many former players believe that Malik might just have played his last one-day international for Pakistan in Manchester on Sunday.

“He himself has announced before the World Cup that he would retire from ODIs after the event. Given his performances in the tournament so far I don’t see him playing again in the remaining four matches,” former test spinner Iqbal Qasim said.

The former captain, who appeared in 35 Tests before announcing his retirement from the format in 2015, has played in 287 ODIs and 111 T20 internationals as well.

Captain, Sarfaraz Ahmed and coach Mickey Arthur backed Malik for the game against India but he failed to deliver.

“I think his career is over for Pakistan and I don’t see him playing any further in this World Cup. To select him again would be a big mistake,” said former batsman Mohammed Yousuf said.

Malik has accumulated 7534 runs and taken 158 wickets in ODI.

He made his debut for Pakistan in 1999 in an ODI against West Indies at Sharjah making him and West Indian, Chris Gayle the only two players in this World Cup with 20-year international careers.