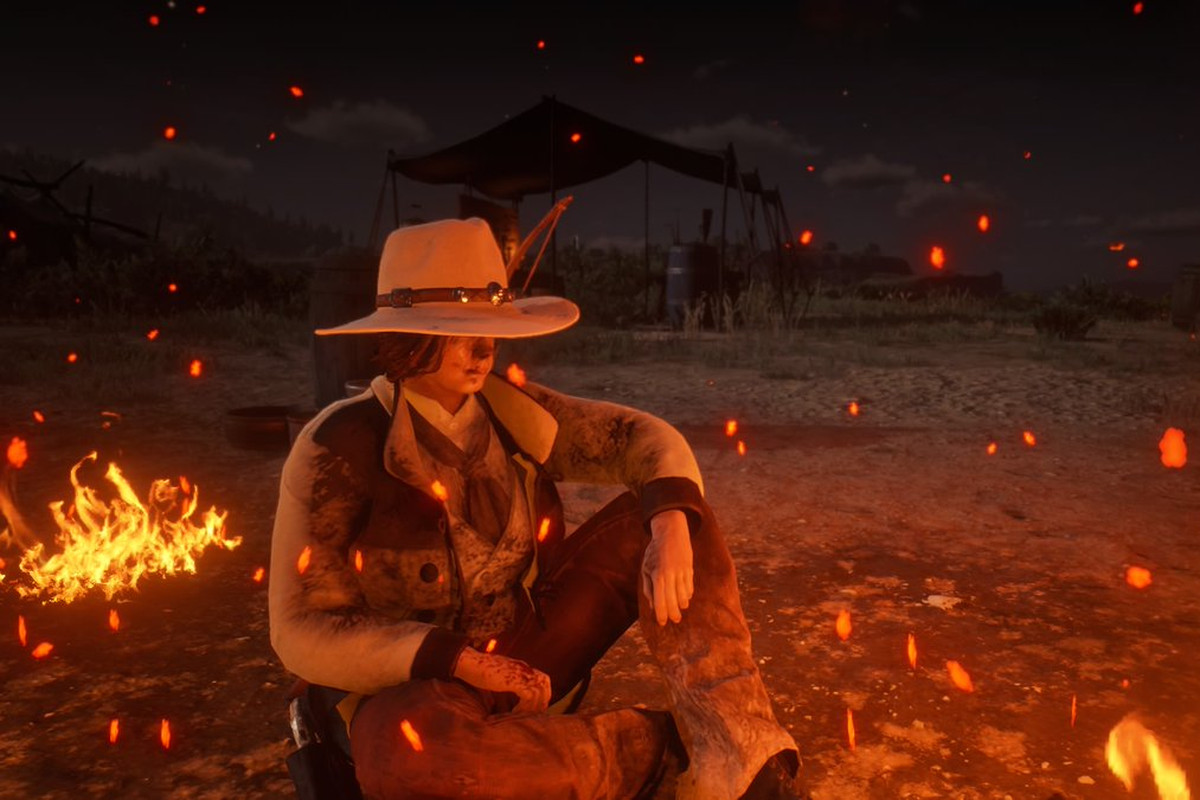 Red Dead Online’s Feb. 26 patch was meant to address some of the game’s biggest issues, including griefing and a lack of content. While the update does improve some aspects of Red Dead Online, it worsens others, and worries players about the future of this cowboy-themed sandbox in Red Dead Redemption 2.

The most recent patch introduced a law and bounty system. A bounty system is, in theory, intriguing. In practice, the current system either needs more refining or far more explanation. Players who defend themselves against griefers are incurring bounties; self-defense does not apply. And previously inoffensive activities, like bar room brawls or accidentally trampling a wandering NPC, now incur a bounty.

Much of the new content is focused around aesthetics. New emotes and clothing are a perfectly fine addition to an online mode, especially one where players have their own customized avatars with a morality system and storyline. However, many of the new items are on a rotating system, so they can’t be accessed in the store immediately. That means that players have logged in, checked the catalogue, and found that new items were marked with a “coming soon” icon — essentially, not available yet at all.

New emotes have been added, but they’re also behind a gate. A new emote can cost anywhere from $100 to $300 in-game dollars, with a select few being purchasable with gold bars, the real-money currency.

To add a perceived insult to injury, players are reporting that hunting is bringing in half as much money. While Rockstar Games has fixed a bug that caused pelts to disappear, players are reporting that even perfect pelts are now worth $5, down from $10. It appears this is part of a larger re-balancing to the way hunting works, as animals are giving more meat and birds seem to be gathering in larger flocks.

These changes were not explained in the patch notes, resulting in many players calling the change to one of the most reliable moneymaking methods experienced a stealth nerf. This is combined with new in-game items with higher price tags. Many Red Dead Online players are expressing their displeasure, seeing this as a way for Rockstar to encourage microtransactions. This isn’t the first time players have felt that Red Dead Online’s economy is punishing, although the developers did change rewards and pricing post-launch.

Many bugs remain in the game as well, including facial hair clipping, vanishing pelts, and stranger missions that do not start.

The new patch has some positives. The new player visibility system, which hides everyone on the map outside of a radius around you, leads to more organic encounters with other players. The world feels a little more friendly, and meeting other players is a pleasant surprise. It makes setting out from town and into the wilderness feel a little like Sea of Thieves or survival titles, where finding other players has an air of mystery and excitement to it.

Daily challenges are also a nice addition. I enjoy logging on and checking my tasks for the day. Sometimes I have to eat fresh produce, and sometimes my posse and I need to hijack a train. It adds variety and spice to the standard game loop. Other recent additions, like the mini battle royale-style Gun Rush mode, are also a fun, if shallow, way to play.

However, Red Dead Online’s world — especially compared to the campaign — still feels hollow. The online mode, so far, feels more like Westworld than any kind of a living world. While new game modes, weapons, and clothes are a welcome addition, they don’t solve that underlying problem. Instead, the new additions just round out what’s already there, and add a few new targets to grind toward (and ways with which to grind).

Red Dead Online is still in beta, and there’s much more development to come, including the next steps of the story campaign. Rockstar will need to balance player goodwill with new content, while it also runs one of its own greatest competitors: Grand Theft Auto Online. Red Dead Online is already in a better state in its early days than GTA Online, but it remains to be seen how Rockstar will build upon its new game-as-a-service with future updates.

Update: Rockstar has clarified the nature of the hunting price changes via their official support account.

Prior to Title Update 1.06 a bug caused sales of skinned animal carcasses to be the same as a whole unskinned animal, despite the animal’s parts having been already harvested. This meant players could skin the animal and sell the carcass and the parts separately to make more than intended. Sales of animals and animal products now pay out correctly; no sell prices of animal parts or whole animals have been changed, only the value of a skinned carcass has been corrected.