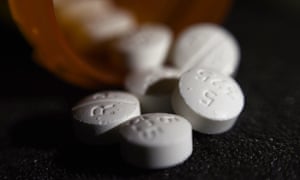 A state coroner has recommended a complete reframing of drug policy in New South Wales and says the government should consider decriminalising drug use.

On Friday the deputy state coroner, Harriet Grahame, released findings from an inquest held into opioid-related deaths. The special inquest examined the deaths of six people from opioids in May 2016.

Grahame recommended the government hold a drug summit, bringing together health, addiction, drug law reform and law enforcement experts focused on “minimising harm to users, their families and the community”.

Most significantly, she said the summit should give “full and genuine consideration” to ways of reducing drug overdoses in NSW, including “decriminalising personal use of drugs, as a mechanism to reduce the harm caused by drug use”.

Amid a suite of recommendations she also said the NSW health department should conduct “further research” into the use of medical cannabis for chronic non-cancer-related pain “as an overdose prevention strategy”.

Grahame said the health department should consider introducing “additional venues” for the medically supervised injection of opioids. Currently there is only one injection room in NSW, in Sydney’s King’s Cross.

Held across a week in May, with further hearings in August, the inquest examined the way addictive painkillers such as fentanyl are prescribed in NSW and the dramatic increase in opioid-related overdose deaths in the past decade.

In her findings, Grahame said the state’s attorney general should consider reclassifying fentanyl “so that it is subject to stricter regulation before it can be supplied”.

But she also called for a wider recalibration of the state’s approach to drug policy.

Pointing out that 2016 recorded the highest number of drug deaths in NSW in two decades, Grahame said the current approach to the regulation of drugs “is not working if it is measured either by its ability to prevent drug use or its ability to reduce drug death”.

“Many of these deaths were caused by a combination of drugs, including prescribed opioids, heroin and benzodiazepines,” she wrote. “If the death rate continues upwards, as it has in the United States, the annual death toll could reach many thousands over the next five years.”

But it is Grahame’s comments about the wider decriminalisation of drugs that will cause most debate.

In her judgement she pointed to evidence from Dr Nuno Capaz from the Portuguese ministry of health about the decriminalisation of all personal drug use in Portugal.

Describing it as “a legislative reform worthy of close scrutiny”, Grahame said the change had “only been successful because it came about with a corresponding massive injection of funds into drug treatment programs of all kinds”.

“The point of examining the Portuguese experience is not to suggest that it can be directly transported to the Australian context, but rather to study how a willingness to reframe the entire debate in response to an opiate crisis, with an evidence-based approach, has successfully achieved better overall community outcomes,” she wrote.

She also pointed to “compelling” evidence from the former commissioner of the Australian federal police Mick Palmer that law enforcement efforts to curb drug supply and demand does not “do any more than scratch the surface”.

“There is extensive research to support the view that prohibition policies are rarely successful and are highly likely to cause harm to many in the community,” Grahame wrote.

“Where a product is prohibited, but demand remains, it is likely an unregulated and inherently dangerous black market will flourish. When law enforcement intensifies, history shows us that suppliers will create new products that may be more concentrated and more easily transported.”

The inquest was centred around six opioid-related deaths in May 2016. Grahame noted that “statistical spikes” in drug-related deaths are not uncommon because of the “nature of uncontrolled black market supply”.

However, in the case of the opioid-related deaths there was “no simple explanation, such as an unusually strong or contaminated supply”. The aim of the special inquest, she said, was to “grapple with some of the broader public health and death prevention issues that might arise from the evidence”.

The counsel assisting the inquest, Peggy Dwyer, described the inquest as merely a “snapshot” of the scale of opioid-related deaths in the state, which she said were at “record levels in Australia and internationally”.

We made a choice…

… will you support it today? Our journalism now reaches record numbers around the world and more than a million people have supported our reporting. We continue to face financial challenges but, unlike many news organisations, we haven’t put up a paywall. We want our journalism to remain accessible to all, regardless of where they live or what they can afford.

This is The Guardian’s model for open, independent journalism: free for those who can’t afford it, supported by those who can. Readers’ support powers our work, safeguarding our essential editorial independence. This means the responsibility of protecting independent journalism is shared, enabling us all to feel empowered to bring about real change in the world. Your support gives Guardian journalists the time, space and freedom to report with tenacity and rigour, to shed light where others won’t. It emboldens us to challenge authority and question the status quo. And by keeping all of our journalism free and open to all, we can foster inclusivity, diversity, make space for debate, inspire conversation – so more people have access to accurate information with integrity at its heart.

Guardian journalism is rooted in facts with a progressive perspective on the world. We are editorially independent, meaning we set our own agenda. Our journalism is free from commercial bias and not influenced by billionaire owners, politicians or shareholders. No one steers our opinion. At a time when there are so few sources of information you can really trust, this is vital as it enables us to give a voice to those less heard, challenge the powerful and hold them to account. Your support means we can keep investigating and exploring the critical issues of our time.

Our model allows people to support us in a way that works for them. Every time a reader like you makes a contribution to The Guardian, no matter how big or small, it goes directly into funding our journalism. But we need to build on this support for the years ahead.