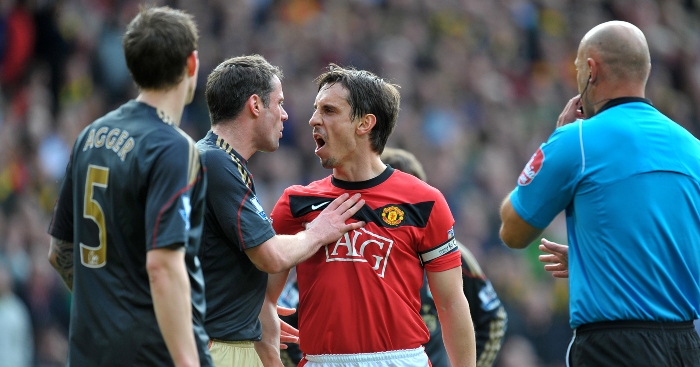 Manchester United have been blessed with some legendary leaders – but their captains haven’t been too successful in recent years.

Harry Maguire has become the latest player to captain the club, and he’ll follow in the footsteps of Roy Keane, Gary Neville and many more.

Here are the 11 permanent Manchester United captains from the Premier League era, ranked by how well they fared with the armband.

Maguire has been named as the new captain at Old Trafford, just five months after joining the club from Leicester City.

“He’s come in and been a leader in the group” Ole Gunnar Solskjaer said. “I’ve been, not surprised, but I’ve been impressed by his leadership skills, so Harry will keep on wearing the armband.”

The 26-year-old’s first game as the official United captain will be against fierce rivals Liverpool at Anfield. 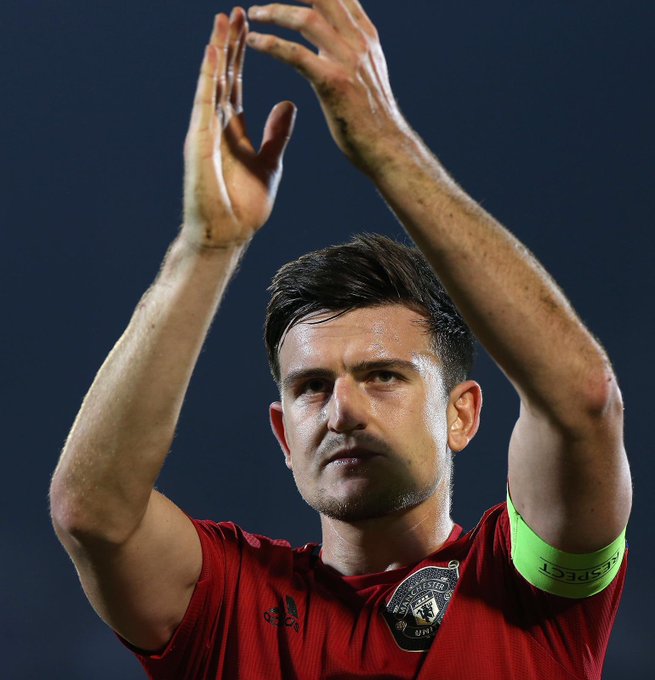 Young regularly took on the leadership duties at United but was permanently given the armband by Solskjaer at the start of this season.

The 34-year-old made just 18 appearances in 2019-20 after losing his place in the side to Aaron Wan-Bissaka and Brandon Williams.

Young turned down a new deal at Old Trafford and ended his nine-year stay at the club to join Inter Milan in 2020.

Valencia was an excellent servant to United and captained the club for their Europa League final win over Ajax in 2017.

Jose Mourino named him as the official club captain ahead of the 2018-19 season, but the full-back struggled with injuries and made just nine appearances that year.

United didn’t offer Valencia a contract extension, so he left the club and joined LDU Quito in 2019 after ten years at Old Trafford.

After Wayne Rooney’s departure in 2017, Carrick became the longest serving player in United’s squad and the midfielder was named as the new club captain.

The 38-year-old was no longer an automatic starter and was sidelined by a heart problem, but he was still a key figure in the dressing room.

Carrick announced his retirement in 2018 and joined the club’s first-team coaching staff. 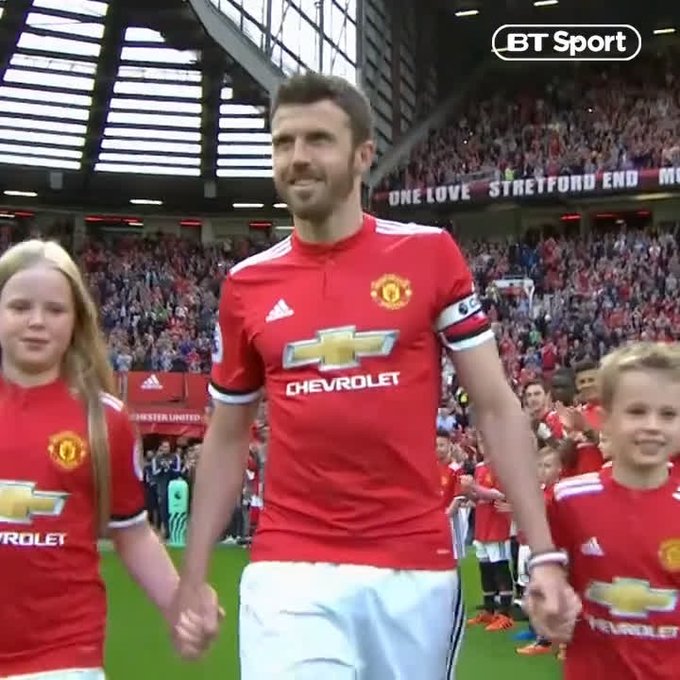 Rooney was Louis van Gaal’s natural choice to replace Nemanja Vidic as United captain back in 2014.

“Wayne has shown a great attitude towards everything he does,” Van Gaal said. “I have been very impressed by his professionalism and his attitude to training and to my philosophy.

“He is a great inspiration to the younger members of the team and I believe he will put his heart and soul into his captaincy role.”

However, his time as skipper coincided with United’s struggles after Sir Alex Ferguson’s retirement plus a personal decline in his own performances.

The striker did lift the FA Cup, League Cup and Europa League, but he was increasingly sidelined by Mourinho before being allowed to return to boyhood club Everton in 2017.

Vidic is fondly remembered at Old Trafford for his full-bloodied approach, and the centre-back formed a superb partnership with Rio Ferdinand.

The Serbian international became United captain in 2011 and led them to their 19th league title that season, as well as the 20th, two years later.

However, Vidic angered some United fans by signing a pre-contract agreement with Inter Milan midway through the 2013-14 season.

It was an almost impossible task to fill the shoes of Bryan Robson, but Bruce stepped up for United and did a brilliant job.

The centre-back grew into a leadership role, and he managed the transition brilliantly, guiding the team to a league and FA Cup double in 1995-96.

We still can’t understand why he was never capped by England.

The right-back was a boyhood United fan and graduated from the club’s academy, so it was no real surprise when he was given the captaincy in 2005 after Roy Keane left.

Neville oversaw a renewed period of United dominance but the defender often had to provide inspiration from the bench in the latter stages of his career and retired in 2011.

Cantona didn’t always lead by example but the striker was a cult figure at Old Trafford who led from the front and inspired his teammates.

Bruce’s move to Birmingham City in 1996 saw the popular decision to give Cantona the armband, and he became the first United captain from outside the United Kingdom or Ireland.

The Frenchman delivered United’s fourth title of the Premier League era and contributed 15 goals in 1996-97 but suddenly retired at the end of the season.

Other Manchester United captains may have won more trophies, but few have been more iconic than Robson.

The midfielder was a natural leader who always put his body on the line, and he was given the captain’s armband by Ron Atkinson in 1982.

United may have struggled in the 1980’s but Robson’s Old Trafford career was crowned with back-to-back Premier League titles in 1993 and 1994.

Keane may have had a controversial exit from Old Trafford in 2005, but don’t forget that the midfielder was once Ferguson’s key lieutenant on the field.

He famously dragged United to a 1999 Champions League semi-final victory over Juventus more or less on his own, despite knowing he would miss the final through suspension.