You’d be forgiven for assuming that all auto shows are the same. After all, squint your eyes and you’ll see pretty much identical stages, lighting, and glittery assemblages of new metal. Tokyo looks like Frankfurt looks like Detroit looks like Paris. Still, they do have unique flavors. Frankfurt smacks of heavy industry and driven German executives, while Detroit is all about the machines—specifically, pickup trucks. Los Angeles? That’s all about mobility.

The Geneva International Motor Show, which opens next week in the gorgeous Alpine city by the lake, is yet another kind of animal, and increasingly one of the most exciting auto shows of the year. While the most recent shows, Detroit in January and Los Angeles in November, were generally highly underwhelming, Geneva this year promises the kind of excitement and energy that feels, frankly, almost old-school in its enthusiasm—as though a throwback to the 1950s era of post-war wonderment. There will be exotic supercars, innovative electrics, and startlingly gorgeous concepts, as the show is renowned for its aesthetic edge as much as for its moneyed vibe. (It is Geneva, after all.) 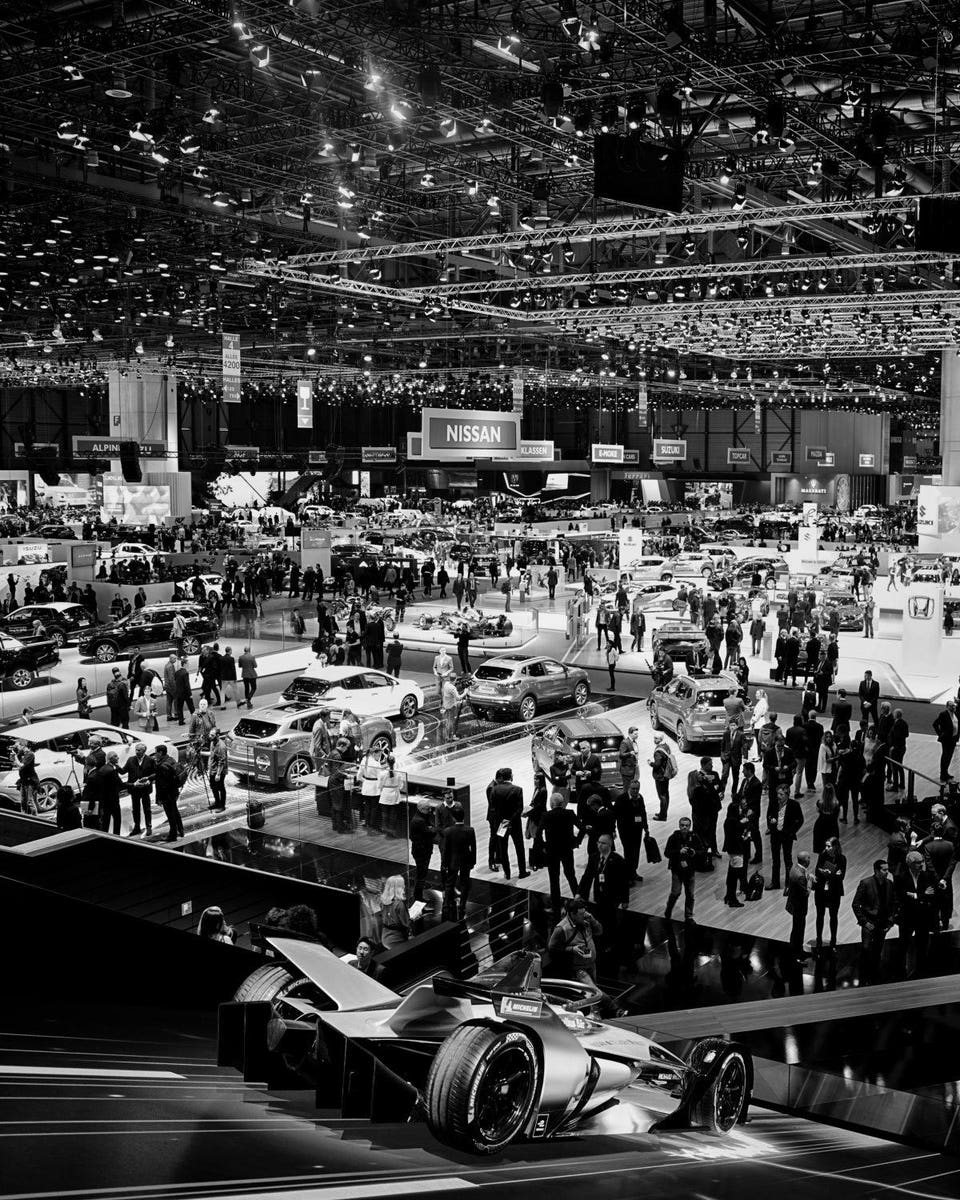 I’ll be attending the show next week, and will report back what I find. But details are already trickling out. We can, for instance, expect to see the new Ferrari 488 Pista, a mid-engine supercar bringing 710 horsepower and a sub-3-second 0-60 time. It will push the company’s design language to another level of beauty and aerodynamic finesse. We’ll also see fast carbon-fiber goodies from Aston Martin (the 003) and Koenigsegg, which will show is 1,440-hp successor to its Agera, and a very special one-off from Bugatti. Want to haul some major cargo while hauling major ass? Looks for the Bentley Bentayga Speed, the fastest SUV on earth. It’s top end: 190 mph.

Elsewhere, we’ll see a bevvy of hybrid-electric cars to be debuted from Audi, including the Q5, A6, A7 Sportback and A8, and the fully electric E-Tron Q4 concept, a compact crossover. Also on the efficiency front, Volvo will debut its Polestar 2 electric sedan, which is aimed—not surprisingly—squarely at the Tesla premium EV products.

Mercedes will be quite busy in Geneva, showing off a slew of new products. It begins with the GLC and GLE 53 SUVs, but the real excitement will likely center on the EQV electric SUV and a GLC Shooting Brake for the wagon enthusiasts. Bonus points, as well, for the Formula E electric racecar concept that’s been teased.

Then, of course, there will be all the little gems sprinkled throughout the floor, including the Honda E Prototype, an all-electric four-seat mobility champ, Volkswagen’s T-Roc R crossover, an electric concept car from Kia, and an electric concept SUV from Nissan.

Hopefully, though, all the deliberate leaks and previews from the manufacturers attending the show have left out some true surprises that actually haven’t been leaked out yet. That, after all, has traditionally been the point of these events, and there have been precious few shows in recent memory that have truly thrown down shockers—the most recent being the Ford GT debut way back in 2015. Geneva 2019 might give us something similarly special, but we already know it’s shaping up to be at the very least reliably awesome, which is more than most other shows can say these days.