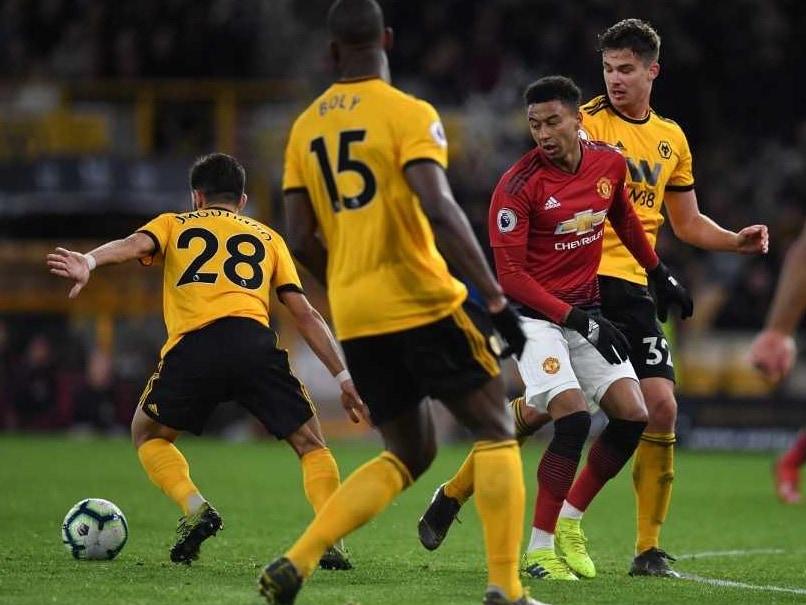 Ashley Young’s needless dismissal and Chris Smalling’s farcical own goal sent Manchester United crashing to a damaging 2-1 defeat against Wolves on Tuesday. Ole Gunnar Solskjaer’s side blew a chance to move into third place in the Premier League as they squandered the lead in a disappointing display at Molineux. United remain fifth, but their hopes of qualifying for the Champions League via a top-four finish will be further dented if Tottenham and Chelseawin on Wednesday. It was a frustrating night for Solskjaer, who saw United suffer a third defeat in their last four games — underlining how much work the Norwegian still has in front of him following his appointment as permanent manager last week.

Scott McTominay’s first goal for United was negated by Diogo Jota before the interval, but the game’s turning point proved to be a second yellow card collected by Young with just 57 minutes gone.

The awkward attempt saw Smalling and goalkeeper David de Gea become entangled, with the former making the final touch as the ball rolled over the line.

McTominay’s memorable first ever goal in professional football had come after just 13 minutes and a solid, controlled start by Solskjaer’s team.

A patient left-wing build-up ended with Jesse Lingard playing the ball centrally to Fred, with the Brazilian quickly moving it sideways to Scotland international McTominay.

The 22-year-old unleashed a brilliant, right-foot finish from 25 yards that beat the diving Rui Patricio and nestled in the far left-hand corner.

It might have been an even healthier position a few moments later, but Romelu Lukaku impeded McTominay as his team-mate lined up another shot from similar range.

But with Wolves’ defence looking curiously disorganised, there was still opportunity for Lukaku to chip in a dangerous centre for Lingard, whose close-range header was pawed away to safety by Patricio.

The goal lead was just reward for a strong start by United, with Lingard surging forward directly from kick-off and unleashing the game’s first shot with just five seconds gone.

There was also a promising attack which saw Fred spray the ball wide to Diogo Dalot whose hanging cross found Lukaku, only for the Belgian to guide his header directly at the keeper from six yards.

However, United succumbed to the first period of pressure placed upon them by the home side, who had already beaten them in the FA Cup just weeks ago.

First, an unfortunate rebound off Dalot allowed Willy Boly to play through Jimenez who hurried a 24th-minute shot.

Just seconds later, United were not so lucky after a poor clearance from De Gea, and even worse control by Fred, saw him lose the ball to Moutinho with Jimenez pouncing on it and playing in Jota.

The Portuguese forward did not need a second invitation to advance and calmly beat De Gea for the equaliser.

United looked shaken and an error by Luke Shaw, in mis-directing a header, soon played in Matt Doherty, who pulled the ball back for Leo Dendoncker to blaze over from the corner of the six-yard area.

United threatened after the restart, with a Lukaku cross flicked on by Paul Pogba for McTominay, who stooped low and saw his diving header well saved by the outstretched hand of Patricio.

But United’s task was hardly made easier when Young collected two yellow cards in the space of five minutes for fouls on Jota, the second after a particularly unpleasant high challenge.

As Wolves fans, warming up for Sunday’s FA Cup semi-final with Watford, celebrated their impending victory, substitute Ivan Cavaleiro almost made it three when he struck the crossbar in stoppage-time.