The new Spanish Primera Iberdrola season kicks off this weekend, with expectations sky high. Contributing to the sense of excitement is the top-flight debut of Real Madrid, who will this year compete under the name of the newly promoted CD Tacon; the arrival of some of the world’s leading players; and Spain’s fine showing at the FIFA Women’s World Cup France 2019™.

With new attendance records having been set last season at stadiums such as San Mames and the Metropolitano, all the talk this year is about the upcoming league campaign being the best ever.

“Every club is trying to make that bit more of a commitment and raise their game both in terms of signings and facilities. The fact that the national association has set some minimum standards has also helped improve the quality of the league. It still needs to grow more, to keep on improving bit by bit. But if it does, it’ll end up being one of the top leagues.”

The words are those of Sandra Panos, Barcelona and Spain’s first-choice goalkeeper, one of the league’s star players, and the winner of the Trofeo Zamora (awarded each season to the keeper conceding fewest goals) in 2016, 2018 and 2019.

We spoke to her about the new league campaign.

The lowdown on the Primera Iberdrola: 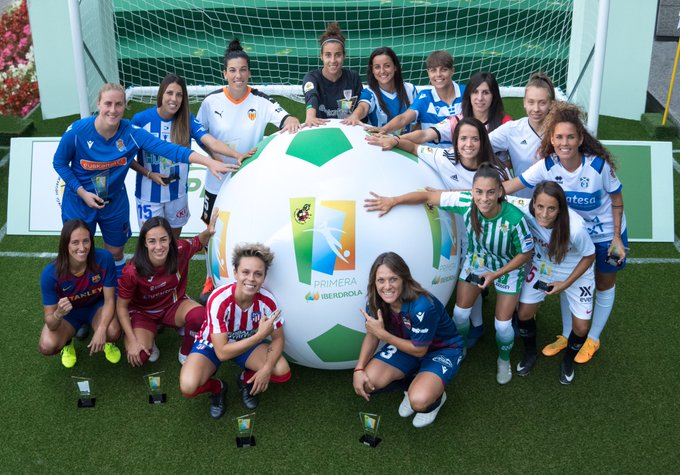 Panos identified three contenders for the title, “Barcelona, Atletico Madrid and Levante”, and was unequivocal about what her side needs to do over the coming season: “If you ask me, not winning the league would be a failure. I came to Barça to win league championships and I haven’t got one yet. I’ve won two Copas de la Reina and we’ve made progress in the Champions League, which is a different and exciting competition, but we have to be consistent in the league.”

Boasting the biggest budget in the league and a star-studded squad, Las Azulgrana will start the season as favourites, though the pressure on them will be great given Atleti’s three-year domination of the league. “We reached the Champions League final last season, which was incredible, but that doesn’t take away from the fact that we’ve got some unfinished business in the league,” said Panos. “We’ve had some great seasons, but we’ve had some unexpected slip-ups too, because we’ve usually won our matches against our direct rivals. Claiming the title is not so much a challenge as an obligation.”

Who is Panos tipping to be player of the season? “I hope Hansen is right up there,” she replied with a smile. The Norwegian, who was a nominee for The Best FIFA Women’s Player 2019 award and is among the 55 contenders for a place in the FIFA FIFPro Women’s World11, is one of several leading players to come to Spain this season. “It’s fantastic that top players want to be here. It adds to the stature of our league,” she said. “It means that the standard’s good and that the league’s becoming much more professional.”

Barça face Primera newcomers Tacon in their opening match on Saturday, with the top-tier debutants having strengthened their line-up with some quality signings. Among them are Asllani and Jakobsson – part of the Sweden side that finished third at France 2019 – Brazil’s Thaisa Moreno and France’s Aurelie Kaci.

So how will the Madrid side fare? “Like any team that’s been put together quickly, at the last minute, I think they might struggle a bit, because they don’t have a solid base and they haven’t been able to prepare properly. But with the winter transfer window and a bit of playing time together, they’ll get stronger and more powerful as a team.”