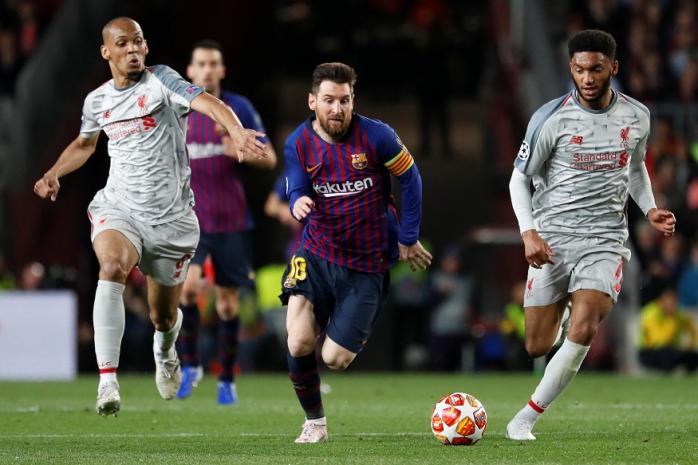 Liverpool: It was a Lionel Messi show when Liverpool and Barcelona met at Camp Nou for the first leg of the UEFA Champions League semi-final last week and the little legend took Barca to a massive victory.

Barcelona beat Liverpool 3-0 in the first leg and will take to Anfield in a confident headspace. However, the scoreline does not really define the match – the scoreboard doesn’t actually how competitive the match was.

Liverpool had held on for most part of the match before Messi turned the screws and the fortunes of the Catalans. Messi had said before the season that Champions League trophy will be back to Camp Nou and he looked determined to fulfill his promise.

Liverpool, on the other hand, will not lose hope. They have a solid team, a profound history of comebacks and a brilliant Anfield crowd that will surely act as their 12th man.

Juergen Klopp’s team will need to play out of their skins though to keep Messi and Suarez quiet.

It often goes unnoticed how brilliant a performance Gerard Pique puts in at the central defensive position. For Liverpool, it will be a massive task as they try to decode the experienced Spanish.

Historically, Liverpool hold an edge over Barcelona but when has any statistic mattered when Messi gets into the mood.

Liverpool used the cage strategy against Messi in the first leg and they will be confident of handling him in the same manner, albiet just a bit more efficiently.

Liverpool vs Barcelona will be live streamed on Sony LIV in India. The match will be televised on Sony TEN Network which is why their application will see the live stream of it. Sony LIV has now made their live sports network a paid one, so a subscription to the website is mandatory.

Liverpool have a massive headache ahead of the big and crucial clash against Barcelona. Their two frontmen in Mohamed Salah and Roberto Firmino are out injured. While Firmino has not recovered from a muscular injury, Salah incurred a head injury during the Premier League weekend. Liverpool will also miss Naby Keita, who got injured in the first leg.

The gaping holes left by Salah and Firmino will need to be filled emphatically by Liverpool. They have quality at the bench in Divock Origi, Daniel Sturridge and Xherdan Shaqiri but all these players will have to step up.

Klopp said ahead of the match their teen star Rhian Brewster is ready for his senior debut and he is almost guaranteed to get his first senior start for Liverpool. Brewster is the Golden Boot winner of U-17 World Cup in India, where he scored 8 goals.

Barcelona will have their players absolutely rested and fresh. Ernesto Valverde gave rest to all 11 players who featured in the first leg rest during the weekend. Even though Barcelona lost to a lowly Celta Vigo, it would hardly bother them.

The only casualty Barca have to deal with is Ousmane Dembele, who got injured during the Celta Vigo game. Philippe Coutinho is likely to feature in that place.