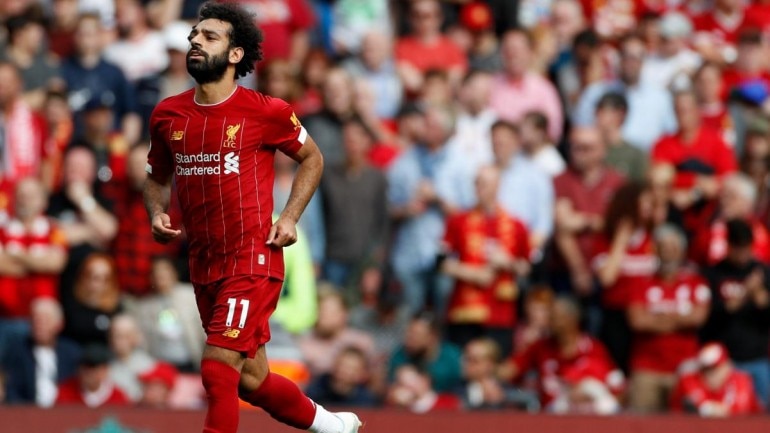 Liverpool travels to Napoli, where it lost in the group stage last season, while Barcelona visits Borussia Dortmund as the Spanish giant renews its search for a first European title since 2015.

Liverpool knows from experience that it can’t take anything for granted at Napoli, where it lost 1-0 last season before beating the Italian side by the same score at Anfield to advance to the knockout stages.

“The manager said it was probably our worst game of the season,” fullback Trent Alexander-Arnold said. “It is a really tricky place to go. The fans are really hostile.”

Forward Divock Origi is out after twisting his ankle in Liverpool’s 3-1 win over Newcastle at the weekend, and teenager Rhian Brewster has taken the Belgian striker’s place in the squad. Midfielder Naby Keita and goalkeeper Alisson Becker remain sidelined.

Napoli coach Carlo Ancelotti has several new, enticing options in his second season. Substitute Fernando Llorente made his debut and set up Dries Mertens’ second goal in a 2-0 win over Sampdoria on Saturday.

“Llorente is a complete forward. Because he is so tall, everyone thinks he’s just an old-fashioned center-forward, but he can play football and has great technique,” Ancelotti said. “I have many options available to me in attack now.”

Dortmund fans are hoping Spanish forward Paco Alcácer can keep his scoring streak going against former side Barcelona. Alcácer netted again in his side’s 4-0 rout of Bayer Leverkusen on Saturday to maintain his record of scoring in every competitive game so far this season seven goals in six games for Dortmund and three in two games for Spain.

Barcelona star Lionel Messi is unlikely to feature due to a lingering calf injury.

Messi trained with his teammates for the first time on Sunday, a day after the team’s 5-2 win over Valencia in the Spanish league.

The injury has prevented Messi from playing this season, but young sensation Ansu Fati could make his Champions League debut. The 16-year-old Fati is already a fan favorite after becoming the youngest Barca player to score in the Spanish league and the youngest to score at its Camp Nou Stadium.

Slavia Prague’s daunting task to emerge from the group begins at Inter Milan, which has been the most consistent squad through three rounds of Serie A.

Center forward Romelu Lukaku has been standing out following his 65 million euro ($73 million) transfer from Manchester United, and Alexis Sanchez made a short but impressive debut off the bench in Inter’s 1-0 win over Udinese on Saturday.

“It’s a long road ahead of us, we have a lot of work to do and won’t get caught up by easy enthusiasm,” Inter coach Antonio Conte said.

Zenit has not played in the group stage since 2015-16, when it beat Lyon home and away. However, playing abroad has since become a problem for the side, which has won none of its last nine away European fixtures dating back to 2017.

Zenit signed winger Malcom in the summer from Barcelona but he has missed the club’s last four league games due to hip problems, and seems unlikely to return against Lyon.

Lyon has not impressed in the French league so far. Center half Jason Denayer’s return could be a much-needed boost for coach Sylvinho, who has been frustrated with the attitude of his players recently.

Lyon’s 2-2 draw at Amiens on Friday was the side’s third consecutive game without a win and its second straight draw after giving away a lead.

It lead to some stern words from Sylvinho, who is in his first season as coach. The former Arsenal and Barcelona left back rebuked his players and urged them to improve both their intensity and concentration starting against Zenit.

“Of course I’m worried. We need the mentality to win and keep on winning,” Sylvinho said.

After being an unused substitute on Friday, Memphis Depay is expected to take his place in attack beside the in-form Moussa Dembélé and Netherlands teammate Denayer, who has reportedly shaken off a minor foot injury.

Benfica hosts German side Leipzig in the other Group G game.

“The only way to rebound is to keep working hard,” Celades said. “We’ll give our best.”

Chelsea counterpart Frank Lampard begins his bid to win the Champions League as coach after lifting the trophy as a Chelsea player.

After taking over from the fired Maurizio Sarri, Lampard leads Chelsea in only his second season in management. The first was spent in the second tier at Derby.

Meanwhile, Lille coach Christophe Galtier is under no illusions about the task facing his side away to last season’s semifinalist Ajax.

“We know how good a side they are and how difficult it will be,” Galtier said. “I won’t give more importance to the Champions League than to the (French) championship.”

The match features two teams with a strong reputation for giving talented young players the chance to shine.

Ajax, meanwhile, will have to cope without two of its key players from last season center back Matthijs de Ligt and midfielder Frenkie de Jong who were both sold in the summer.