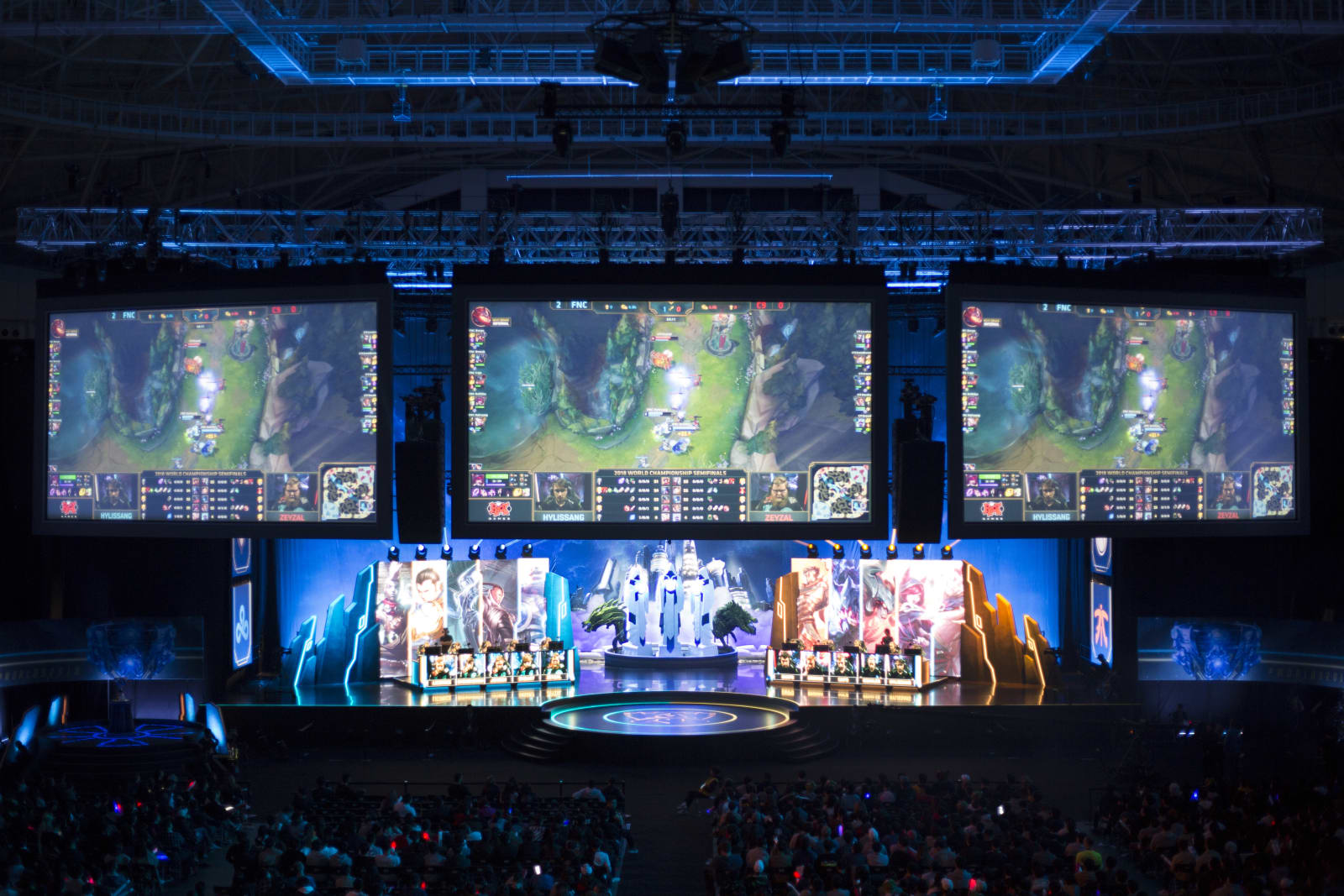 League of Legends isn’t just one of the biggest games on the planet, it’s perhaps the most popular eSport too. Starting with the upcoming Summer Split of the League Championship Series (LCS) and European Championship (LEC), Riot Games will offer a way to watch matches from pros’ points of view, and see everything they do, including mouse clicks and keystrokes.

Along with point-of-view perspectives for all ten players, you can watch up to four streams at once including the main feed, though Riot isn’t supporting multiview on mobile for now. You’ll have access to an advanced timeline, which details kills, tower takedowns and other big plays — clicking on a marker will take you to that point in a match. 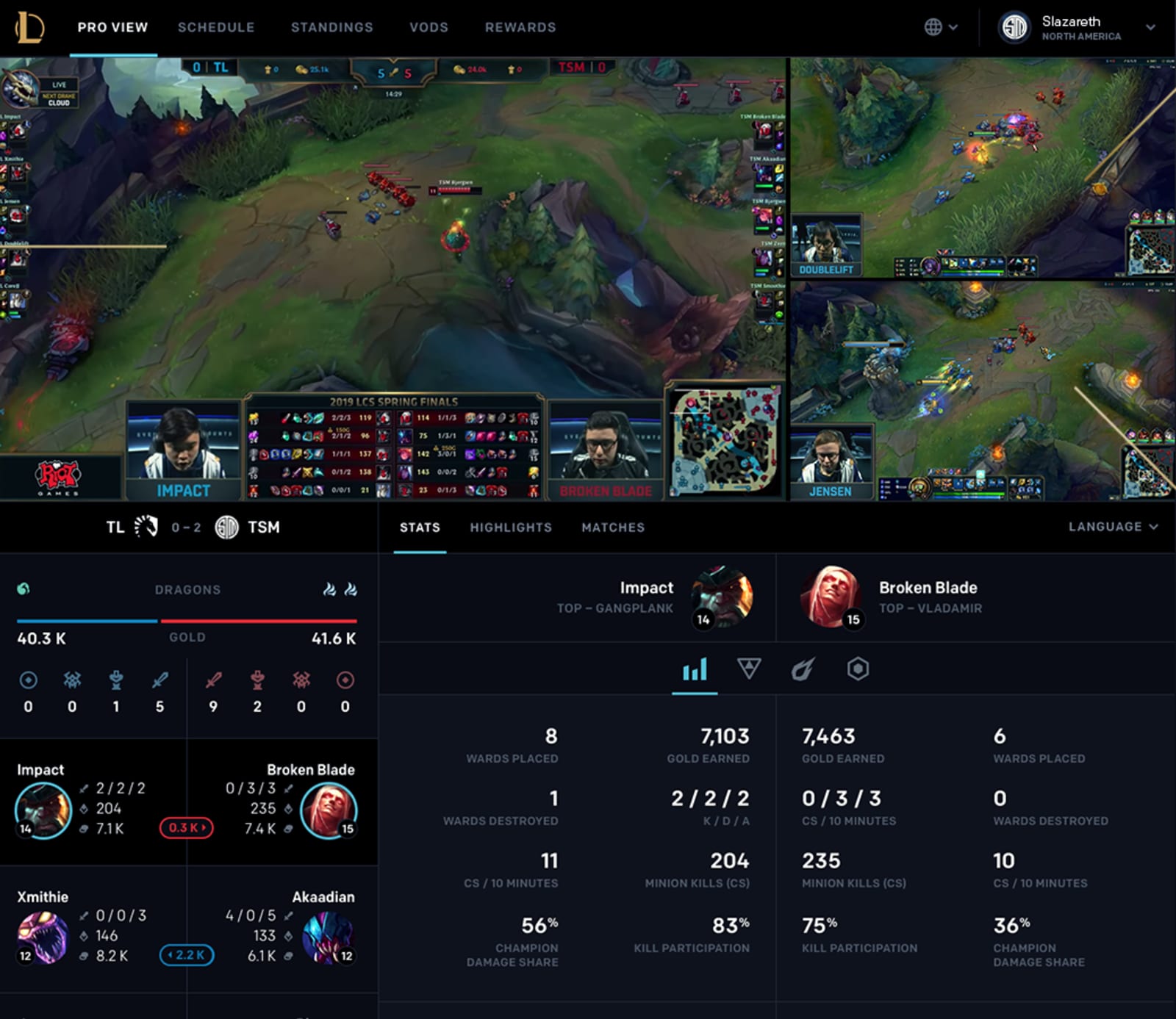 You’ll get to see stats for each player, and you can share a link to friends that syncs with your own timeline so you can watch matches play out together at the same time. The Summer Split will only offer English caster (or commentary) audio, though Riot plans to support more languages soon. The features will be included on VOD replays as well as live games.

The Pro View will be available for both the LCS and the European Championship (LEC) at two levels, Regional Access and All Access. It costs $15 (LCS) or €15 (LEC) and grant you access to the viewing system through the Summer Split. The All Access pass for both leagues costs $20, while proceeds will be split between regional leagues and pro teams. Pricing might be different for future events, as you’ll have access to more content — Riot plans to add Pro View support for more LoL leagues down the line. You’ll still be able to watch the main feeds for free across various platforms, of course. 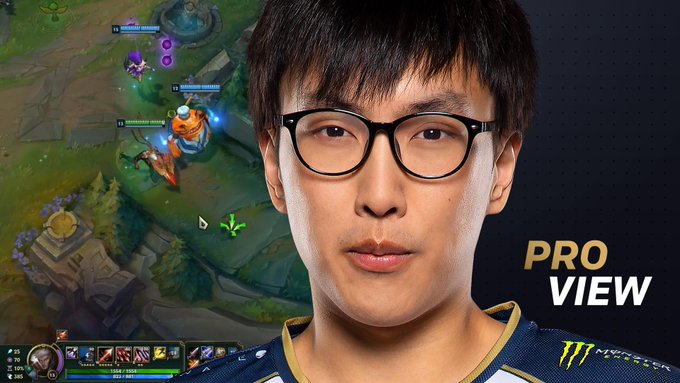 Riot seems to be taking a leaf out of Blizzard’s playbook here. For the 2019 Overwatch League season, Blizzard and Twitch introduced the command center, which lets fans watch matches from Overwatch pros’ perspectives if they have the $15 All-Access Pass. There’s currently no option to catch VODs through the command center, however, which is also less flexible with its multiviewer options than what Riot is planning.