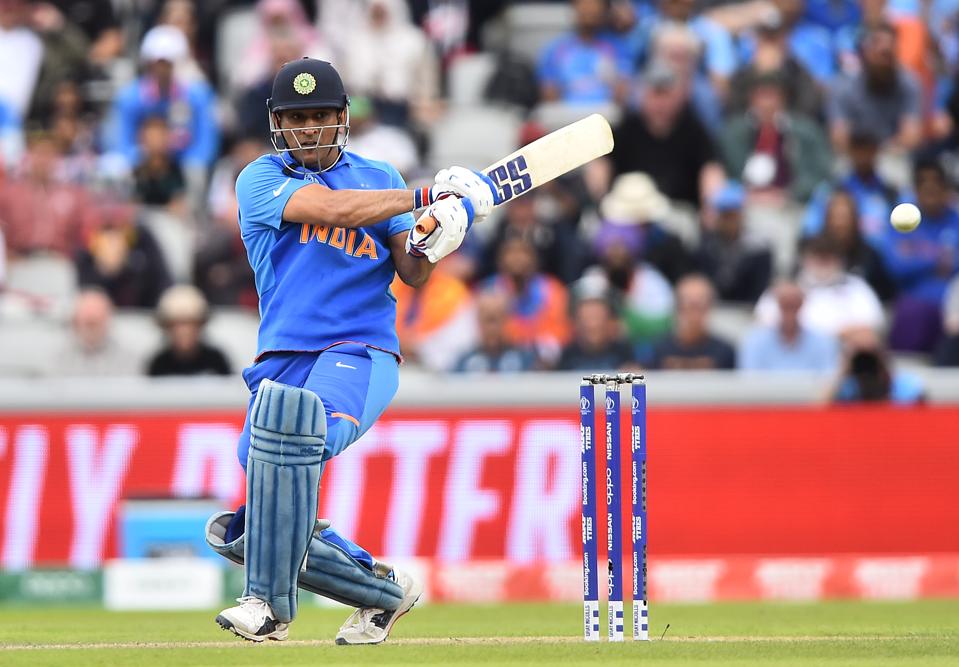 MS Dhoni walked off in disbelief. His well-worn method of chasing, where he initially settles in like he’s playing in a bygone era, failed on the big stage. On this occasion against New Zealand, he could not steer hot favorite India to a nerve-jangling World Cup semifinal victory.

Instead, Dhoni, who had just turned 38, looked every bit his advancing age during a creaky innings where he strangely seemed content in singles when his team really needed to accelerate.

Dhoni finally hit out by striking a six off the first ball of the penultimate over to revive hope amid the strong Indian contingent in the terraces at Old Trafford in Manchester. But it quickly dissipated when he was shortly after run out by a sensational direct hit from Martin Guptill.

A dejected Dhoni, such a demigod for a billion cricket crazy Indian fans, trudged off with India’s stunning World Cup exit assured in what might have been a rather forgettable last innings of a legendary international career.

The former skipper has not played since having taken a sabbatical, but Dhoni’s omission from India’s governing body’s 27-player list of central contract awardees for the 2019-20 season fueled speculation his time is up.

How To Build A Culture Of High Expectations

India’s brains trust just might have ruled a line through his name well ahead of the T20 World Cup starting in October in Australia, which is cricket’s biggest event this year. It would have been perhaps a perfect swansong for Dhoni, who is one of the most beloved Indian cricketers ever.

Only batting maestros Sachin Tendulkar and Virat Kohli can lay claim to having more adulation when they walk to the crease. Even Bollywood once made a hit biopic on his life underscoring Dhoni’s fame and reverence in India.

But, right now, it appears more likely that Dhoni has played his final match for his country he first represented more than 15 years ago when his brash batting quickly magnetized fans.

Dhoni captained India to the T20 World Cup in 2007 – the format’s first ever showpiece – but bookending his career and helping his country end a 13-year drought at the tournament is the crowd pleasing ending only likely in a fictionalized sequel to Dhoni’s biopic.

Dhoni’s cricket career is not entirely over as he will continue leading Chennai Super Kings, who he has captained to three titles, in the Indian Premier League starting in April.

“People keep saying when will he… how long will he play, etc. He will play. I can assure you,” Super Kings owner N Srinivasan said of Dhoni’s IPL status. “He will play this year. Next year he will go the auction; he will be retained. So there is no doubt in anybody’s mind.”

Former teammate Harbhajan Singh believed Dhoni’s international career was over regardless of what ensued at the IPL. “I don’t think he is going to play for India again as he had decided that he will play (only) until the (2019) World Cup,” he told PTI. “I am fully confident that Dhoni will have a great IPL for Chennai Super Kings.

“But having said that I don’t think he will play for India again even if he has a great IPL.”

“At his age, probably the only format he’ll want to play is T20 cricket which means he’ll have to start playing again, get back into the groove because he’s going to play in the IPL and see how his body reacts,” Shastri told CNN News18.

“One thing I know about Dhoni is that he will not impose himself on the team. If Dhoni plays well in the IPL then he does put himself in contention.”

It’s all a little murky and you feel there is a certain amount of safeguarding of Dhoni’s legacy at play here with everyone trying to be respectful of a player who is so universally respected and nationally beloved.

But India’s governing body has laid the biggest breadcrumb for India’s most successful wicketkeeper-batsman.

Don’t be too disheartened.

At least Mahendra Singh Dhoni will still be attempting to conjure miracle chase downs in the upcoming Indian Premier League.