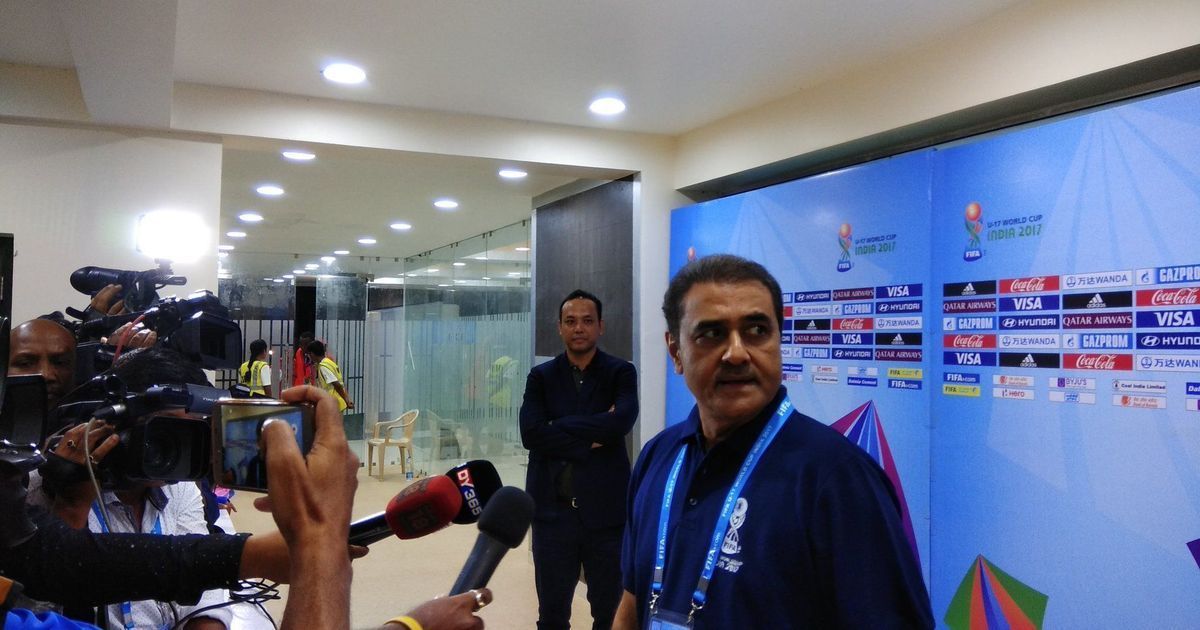 The increased noise by the I-League clubs, calling out the uncertainty surrounding Indian football’s league structure forced the All India Football Federation president Praful Patel to finally gave an audience to their concerns, after months of unavailability

The word from the AIFF president after the meet was that Indian Super League and I-League will continue to run simultaneously for at least a period of 2-3 years till the time a solution agreeable to all stakeholders is formulated.

“We don’t want to pack off the I-League. It should be a league, but ultimately there should be a roadmap for Indian football. We cannot permanently have two leagues. AFC will not allow it forever,” Patel stated after the meet.

However, Patel’s “suggestions”, as he called it, came with an asterisk mark.

“I feel another 2-3 year window should be given for I-League to continue, that’s my personal view. I can’t give you any assurance on it as I have to speak with the AFC and they have to agree to what I’m saying. It may be our view, our wish, but AFC will have to approve the call,” he said.

The AFC had already directed the AIFF through its report submitted two years ago that there needs to be a unified league. It had given AIFF permission for two years to run parallel leagues and work towards a unified league in the meantime.

In the process, it recognised the ISL as the knockout tournament of India, a space occupied by the Federation Cup which the AIFF decided to discontinue. I-League continued to enjoy AFC’s recognition as the official league of India.

But Patel’s comments on Wednesday caused confusion when he stated: “I feel we should have a three-year window where the I-League co-exists with the fullest recognition of the AFC so that I-League clubs do not get lost in the upward movement,”

The problem here is the AIFF president has conveniently put I-League’s recognition from AFC in doubt despite it being the official league of India for many years. It should be the ISL that must worry for its recognition from AFC if the body doesn’t allow two leagues to co-exist for next three years as it was the ISL that was accommodated by the AFC when they allowed the running of parallel leagues.

He then goes onto say, “I always have said that the I-League has been our league of the country, ISL has been a recent entrant, so be it.”

Why is Patel dishing out a confusing narrative? Why is he bringing the recognition of the I-League in doubt when he himself affirms it to be India’s top-tier league? Why do the ISL clubs don’t face a threat of getting lost in the upward movement that Patel claims? What is safeguarding the ISL clubs?

According to media reports, the MRA signed with FSDL by the AIFF in 2010 has a clause that states that the new league (ISL, in this case) must be made the “most senior league of India”. So is Patel under pressure to abide by the contract and wants to subtly change Indian football’s league structure? Are his claims of I-League needing recognition from the AFC, a way to misguide the audience? Is he using AFC as a shield?

It will also be interesting to see if the MRA signed between the Indian federation and its commercial partners has any bearing on the way AFC looks at the Indian football structure. Does the MRA hold a higher weight than the Asian body’s criteria for approving domestic league structures of member nations? Patel’s comments after the meeting with I-League clubs has led to more questions than answers.

Patel didn’t offer any potential solutions or plans for either league if AFC doesn’t agree to his proposal but reiterated that a three-year window was necessary.

“The ISL has some contractual obligation with the clubs. They are completing five years. If there is a three-year window it will be easier to find a solution as their contractual obligations also cannot be ignored. So keeping all these things in mind, a structure that will be acceptable to all parties can be formulated, possibly in three years,” Patel explained, reasoning the need for the three-year window.

It’s a fair call if all the stakeholders push towards an amicable solution if and when this borrowed time is granted. But recent tiffs, complicated contracts with the FSDL makes it a difficult task.

The I-League clubs, however, took a step in that direction by proposing a summary of the roadmap for the next three years that they feel would benefit all stakeholders, including the ISL clubs.

The AIFF president, according to the I-League clubs’ letter seems to be in agreement with most of their demands. “They (I-League clubs) also have concerns and I respect their concerns. The I-League has scheduling and broadcast issues. All these things have to be resolved. I have given them that assurance,” he said after the meeting on Wednesday.

A point where the I-League clubs seem to differ with the AIFF president is the matter of AFC Champions League slot allocation which is again linked to the matter of AFC recognition of the two parallel leagues.

Patel feels it is a “small issue” but the I-League clubs have written in their letter to the AIFF that they would not want to lose the AFC Champions League slot at any cost.

Patel is correct with his facts, but then why are the I-League clubs stressing so much on the AFC Champions League spot?

With leagues set to run simultaneously, the question of one being the top league over the other doesn’t arise, if you blindly go by the spoken word. But there’s a catch. Subtle demarcations that can differentiate one from the other are the AFC Champions League playoff spot and the AFC Cup spot.

Traditionally, in Indian football, the Champions League slot goes to the winners of the league, which has always been the I-League or the National Football League previously, while the AFC Cup slot is reserved for the winners of the cup competition (Federation Cup, over the past few years). In the two-year period where the leagues ran simultaneously, ISL had the AFC Cup spot, while I-League enjoyed the AFC Champions League playoff spot as the recognised league of India.

Thus the competition that gets the AFC Champions League spot is the de-facto top tier of Indian football and the other with the AFC Cup slot, is a knockout tournament.

With Patel suggesting that the AFC Champions League spot would be transferred to the ISL according to the letter submitted by the I-League clubs, it appears to be an attempt to force ISL as the top league of India in a very covert manner.

I-League clubs thus have every right to be miffed about it and knowing the fickle nature of AIFF president’s words, have decided to make their desire to retain the AFC Champions League spot public.

I-League clubs have also requested their kick-off timings to be shifted to 5 pm and 7 pm slots instead of the 2 pm and 4 pm slots and have demanded an improved quality of broadcast. Patel has accepted the concerns and promised to act on it.

This is not the first time the AIFF president has given such assurances and only time will tell if his words are more than mere lip service.

The ISL has enjoyed prime time slots in the last few years and good quality coverage on television. The same can’t be said of the I-League, the telecast of which was discontinued from the start of 2019 with only Facebook streaming available.

It remains to be seen if the I-League will have an equal footing in the upcoming years in terms of TV coverage that will allow them to enjoy the same benefits as the ISL clubs.

This disparity has been at the root of I-League clubs’ claims of AIFF dishing out step-motherly treatment towards them especially since the two leagues started running simultaneously.

So far the noises coming out of the AIFF and I-League clubs suggest improvement in broadcasting standards is on the cards. If it happens, AIFF would go a long way in alleviating the concerns of the I-League clubs who believe they are at the receiving end of a partial treatment from the federation.

The war of words between the AIFF and the I-League clubs may have paused for now, with both parties at least communicating with each other. The peace may prevail for some time, but Patel’s confusing narrative suggests the conflicts of Indian football are far from over and that he is merely papering over the cracks.

Former India captain Bhaichung Bhutia has suggested a simple-looking suggestion: “Drop your egos and work together”. History suggests, in Indian football, this is easier said than done.