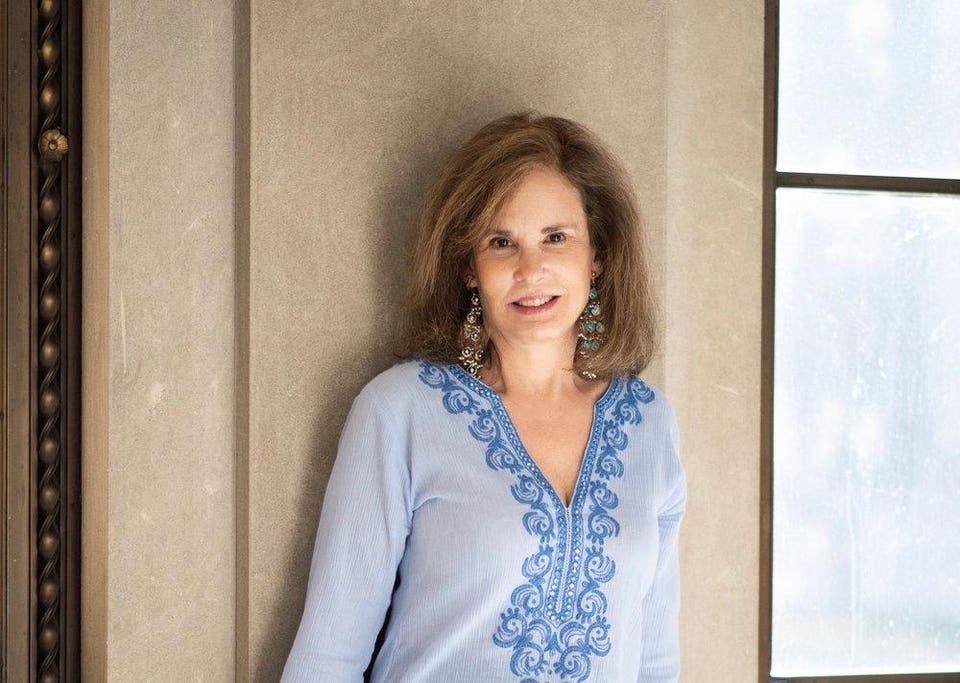 Debra Diamond never wanted to be a psychic. Rather, Diamond set her sights on the finance world. After graduating with an MBA in the mid 1970s she went on to become a research analyst, portfolio manager, advisor and investor, running six high-performing funds.

Diamond had a successful career that spanned over three decades, earning accolades from business media including The Wall Street Journal which noted that very few of her stock picks appeared on other managers lists. The Journal also reported in 1988 that the returns for her New Frontier Fund for T. Rowe Price totaled 89% in its’ first nine months, well above the S&P 500 and the Nasdaq composite index.

What Diamond didn’t realize is that part of her business savvy and intuition was due to her psychic abilities. “I didn’t know I was psychic, I thought I just came up with these things,” recalls Diamond. “I was often doing things about ten years ahead of their time.”

It was a weekend class on honing intuition that took a surprising turn and led Diamond to a different career path. The author of Life After Near Death: Miraculous Stories of Healing and Transformation in the Extraordinary Lives of People With Newfound Powers, Diamond is currently a psychic medium based in Baltimore, Maryland. Here, Diamond shares her fascinating career journey from Wall Street to practicing psychic.

Sara Bliss: How did you initially get into finance?

Debra Diamond: I had an undergraduate degree in Business, and after a short time working for the Cost of Living Council in DC, I decided to go back and get my MBA. After I graduated in 1975, I got a job with McDonald & Company which used to be a regional brokerage firm.

Bliss: What was it like being a woman in finance at that time?

Diamond: I was an analyst in training and being a woman, they gave me all the retailers to follow. (They figured a woman would be able to understand grocery stores and retailers.) The firm sent me to Columbus to meet with a little known company called The Limited, which at the time I think had 23 stores. I met with the CEO, Les Wexner and the CFO Bob Morosky. After that meeting, I wrote a report on the company which ultimately helped with my next job at T. Rowe Price in Baltimore.

Bliss: You worked at T. Rowe Price for 15 years. How did you get that role?

Diamond: I got an introduction, but it took a long time to get hired because they told me they’d hired a woman once and they never wanted to hire another one. That was 1976. Before I was hired, they called Les Wexner to follow up on my research report on The Limited, and he said, “She wrote the best report on Wall Street.”The thing was, I was the first analyst to write a report on The Limited so that was the only report on Wall Street about the company, but that helped open the door.

Bliss: How did you work your way up?

Diamond: I was hired in the aftermath of the 1973-1974 Bear Market. There were 25 analysts who were ‘babysitting’stocksthat had not recovered from the bear market. I thought it was difficult to add value in that situation, so I asked, “What about this other fund that invests in early stage growth companies? Can I work on that?” They said if I did that, I’d ruin my career. I said, “Well, let me just try.” So, they assigned about 15 healthcare companies to me and said, “Some are good, some are not so good, but we don’t know which are which. You need to sift through and decide.” So that’s what I did. The ones I told them to keep went up a lot, and the ones I told them to sell went down a lot. That established my credibility.

Bliss: How long did you work in finance?

Diamond: I stayed in the investment business until around 2008. I also taught at George Washington University and Johns Hopkins University.  I ran or established six very successful funds as a money manager. I also started the first commodities fund on Wall Street using a long term investment approach. I was also a regular commentator on CNBC talking about investing in commodities.

Bliss: When did you realize you were psychic?

Diamond: I didn’t know I was psychic, I just thought I had good instincts when I worked on Wall Street. It wasn’t until years later when I attended an intuition development class in New York, that I discovered I had unconventional abilities. We did some simple exercises at the beginning of the class, and I was getting everything. Again, I didn’t know why or how. Then the teacher said, “OK, now we’re going to do a séance.”I said, “No thank you.” The idea to do a séance just came out of left field.

Bliss: But you stayed?

Diamond: I decided I would just do this one exercise and then we would move on to the next thing. The teacher said she would put the class in a meditative state, and if we saw anything to let her know. I thought, Well, that doesn’t pertain to me because I’m not going to see anything. After we meditated, she asked us to open our eyes. I looked around and said, “I see about 50 people.” I was seeing people who had passed, who were visible in Spirit. I was seeing people from my family who had died. I was seeing people who had passed who were connected with others in the room. I described clearly one vision of a man in the corner of the room and a woman in the class began to sob as I described him. She said, “I can identify him. That’s my fiancé. He died two years ago.” She showed me pictures on her cell phone and confirmed that it was the same person.

Bliss: You had never had that type of experience before?

Diamond: No. I’d just go see companies and know whether or not they were going to be successful. When I was in the investment business, I knew things, which is called claircognizance. But seeing people who died is called mediumship, and that was something new. I had never experienced this before.

Bliss: How did you feel suddenly having this new ability?

Diamond: It was honestly frightening.  However, after the class, the woman whose fiancé I saw came and hugged me and thanked me. I came from Wall Street where there are no hugs or thank you’s. I was totally overwhelmed, but I knew I had done something meaningful for someone. Still, I didn’t tell anybody about it. Most people I knew worked in the investment business. When they asked, “What’d you do this weekend?” I wasn’t going to say, “I saw dead people.” I was initially puzzled and uneasy.

Bliss: When did you realize that you wanted to make a career switch?

Diamond: I didn’t really. If you talk to people who shift toward these more holistic professions, especially something as dramatic as being a medium and a psychic, I felt compelled to do it. I couldn’t go back to what I used to do. I didn’t know what I was going to do with all this ability, but I felt like Wall Street wasn’t that meaningful to me anymore. I did spend some time in Taos, where spirituality is considered normal, but when I returned to Baltimore, I decided that’s the end of my psychic development. Baltimore is a very conservative place and I didn’t think it would fly. However, shortly after I returned, I met a woman at a local meeting who’d had a near death experience. We chatted and she asked me if I would do a reading for her. After that, her friend came to me asking for a reading. Then the friend’s mother. Then somebody asked if I’d do a workshop. It just got started that way. I didn’t set out hoping to be a psychic one day. It’s nothing I ever aspired to. I have a lot of degrees and I come from a pretty accomplished family, and it’s not the kind of thing my family would’ve ever wanted for me.

Bliss: What do you love about what you do?

Diamond:I enjoy helping people. In finance, I had a great record and enjoyed meeting the CEOs, but other than that, at the end of the day, it was always, “What’d you do for me in the last 5 minutes? You’re up 30%, now what?”It was intellectually stimulating but not ultimately satisfying.

Bliss: Have your worlds’ ever collided?

Diamond:  I was at a party with a well-known psychic in California, and he asked what I did before. I told him I used to be a Wall Street money manager. He started naming people who were money managers who were psychic and I knew three or four of them. It’s not something that they talk about, but it makes sense now.