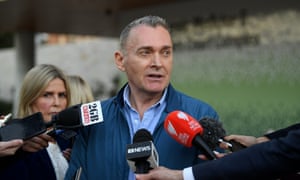 One in 20 year 10 students have tried ecstasy, an Australian drug educator has told an inquest into NSW music festival deaths.

“It just baffles me,” Paul Dillon said in Sydney on Tuesday. “Certainly amongst young people, MDMA is the drug of the moment.”

The founder and director of Drug and Alcohol Research and Training – who educates students across the country – said it was “ludicrous” to think pill testing would suddenly put a stop to drug deaths.

But, he said, Australia needs to do something.

“At the moment we are flying blind and when something happens, something does go amiss and we do have a spate of deaths … it’s like, what is happening here?” he said.

The deputy state coroner, Harriet Grahame, is examining the drug-related deaths of six young people at NSW music festivals between December 2017 and January 2019.

Nathan Tran, Diana Nguyen, Joseph Pham, Callum Brosnan, Joshua Tam and Alexandra Ross-King all died from MDMA toxicity or complications of MDMA use. They were aged between 18 and 23.

“This year has been a very, very hard year with the number of young people who have approached me, very concerned about their friends who are taking huge amounts of drugs. Numbers like I haven’t heard before.”

He said Australia has “nothing even close” to the early warning systems employed in some European countries including onsite and offsite drug checking services.

The most important part of the substance testing is the conversation the potential user has at the service, such as being told “we have no idea what this will do to you”, he said.

Counsel assisting the coroner, Peggy Dwyer, asked: “No user is ever told that the drug that they have tested is safe?”

The former teacher said the best outcome would be to create an independent agency, such as the Drug Information and Monitoring System in the Netherlands, to conduct press conferences and deliver drug warnings and information to young people.

Young people “believe people in white coats” such as emergency doctors rather than law enforcement officers who tend to be disbelieved, he said.

“Anything that comes of this, whatever package it is, most probably the most crucial aspect of it is developing the messaging that goes with the suite of stuff that gets created,” Dillon told the coroner.

“There’s so much work to be done and certainly we haven’t done that for a long time.”

The inquest is running for two weeks with further hearings expected in September.