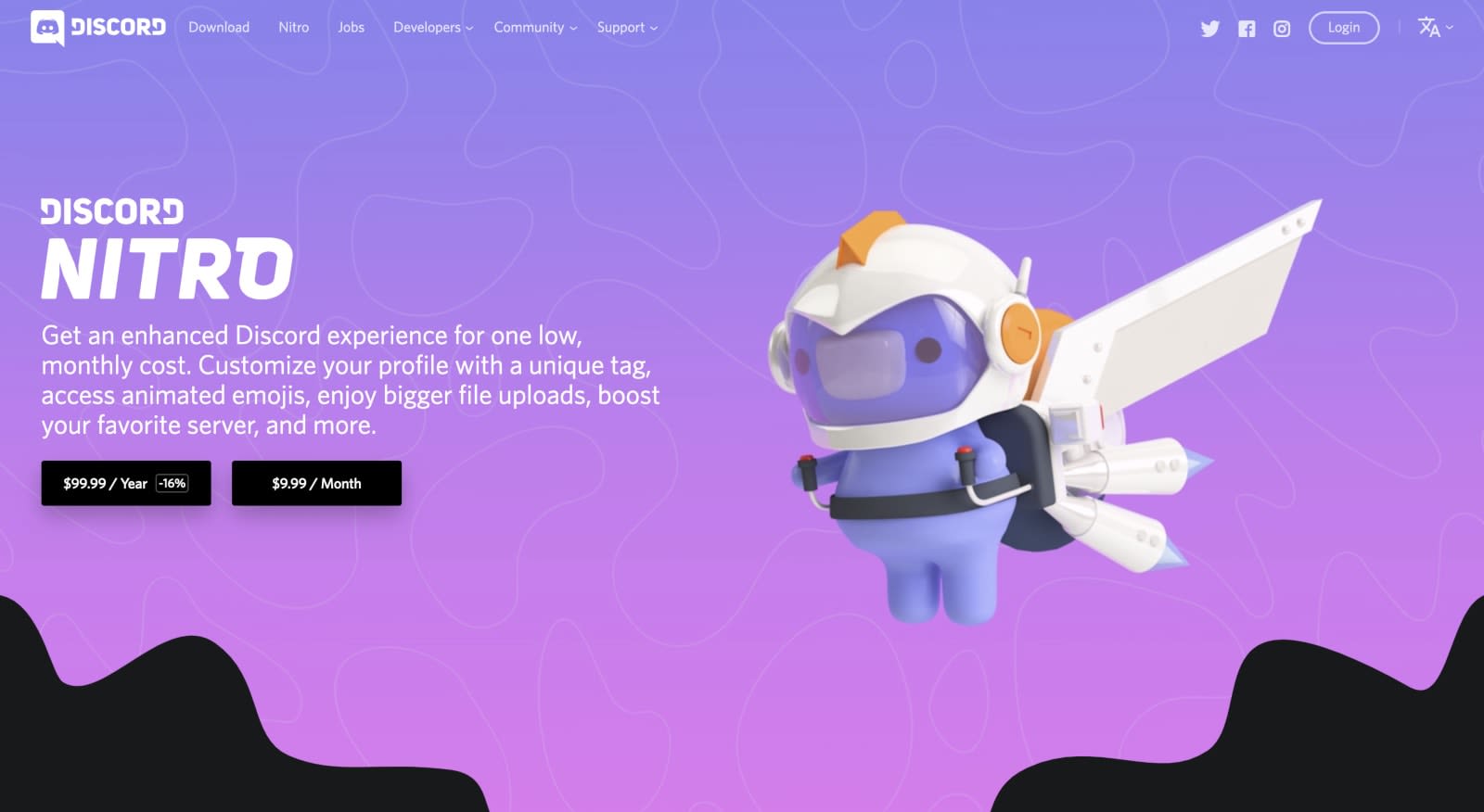 Discord’s Nitro subscription service stepped into Steam territory last year when it gave subscribers access to a curated library of games. It only ever offered a fraction of the titles Steam has — it launched with just over 60, including Super Meat Boy and Psychonauts — but it was a nice perk that came with the $10-a-month Nitro plan. The bad news for those who play those games is that the vast majority of subscribers don’t, which is why the company has decided remove its Nitro Games catalogue on October 15th.

In a blog post announcing the change, the company explained that it has to revisit the games’ annual contracts next month since the gaming library rolled out in October 2018. “Through your valuable feedback, it became clear that while we and some of you love these games, the truth is the vast majority of Nitro subscribers didn’t play them,” part of the post reads. As a result, the company chose not to renew the contracts and to stop offering the free games next month.

Not a lot of people would miss the catalogue based on Discord’s statement, but those who will can ask for a refund by contacting its billing department. The company will retain its $10-a-month plan even without the gaming library promising more features to make up for it. In fact, it has just doubled subscribers’ upload size to 100MB and reduced the number of boosts needed to reach Level 3 from 50 to 20.