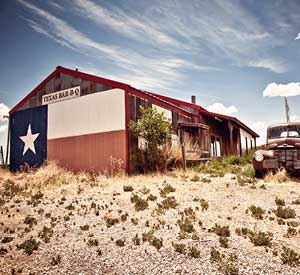 What will the “checking account” look like going forward? And how will banks and credit unions retain the vital balances these accounts represent — and snatch away market share from others?

These questions matter more and more as Millennials and Generation Z become a greater portion of the banking public. Which financial services these younger consumers will be using in the future remains to be seen, especially as digital banking, and the infiltration of challenger banks continues to develop. Rumors of a fresh acquisition in the offing by JP Morgan Chase, reported by Business Insider, circle around Aspiration, which includes a socially conscious checking account, and Chime, which stresses convenience and access.

There’s a three-sided struggle shaping up in transaction accounts: strategy, design, and marketing.

In an analysis headlined “Your Checking Account May Need An Overhaul,” Olivia Lui, Principal at Novantas, capsulizes the challenges that financial marketers face regarding product design:

“The simple fact is that many of the traditional functions of a checking account are becoming obsolete. Check writing has significantly decreased in the past decade. The product’s close ties with the branch for deposits and withdrawals have been replaced by remote deposit capture and mobile person-to-person payments capabilities. The convenience of transferring money between linked checking and savings accounts is moot, with the emergence of alternatives like Zelle that make it easy to move funds between banks.”

There’s no denying that those changes are occurring, but many financial institutions are not about to abandon the checking account. While remote capture has changed the place of the branch for many, there are institutions that still emphasize its role vis-à-vis checking account promotion. Fifth-Third Bank, for example, offered consumers $250 specifically to visit a branch to build more personal connections, according to a report on checking account design and promotion by analysts Alexa Dalessandro and Anjali Ambani of Comperemedia, a Mintel Company. The analysts point to Capital One’s Capital One Cafés as another way of promoting that connection, while also providing a place for showing consumers the digital ropes.

Checking deposits continue to represent a substantial portion of the funding base that financial institutions rely on for lending, but the battle for those deposits may get tougher. Conditions have been changing. One symptom, as recounted in a Keefe, Bruyette & Woods report, is that the nine-year streak of double-digit increases in noninterest-bearing deposits held by small and mid-cap banks ended in 2018, falling to a median of only 5% in that size class.

As rates began rising, consumers began leaning towards CDs and other higher-interest deposit products. With rates easing again, it’s anyone’s guess how consumers will react. Millennials pretty much only know a low-rate environment.

Reaching the Banking Consumer of Next Week

Confronting the future of the checking account is not an easy matter. Product strategists and designers may have their eye on the ultimate fintech-style account of the future, but they also have to consider what will appeal to multiple consumer segments next week.

“Today switching may not be an obvious, trackable act, although no longer being the account where a consumer’s paycheck is direct deposited would be a strong clue.”

Even with all the talk about digital banking, PwC observes in a blog that “an odd thing has happened as a growing number of digital banks and price-led strategies have tried to attract more deposits — consumers now say product and location matter more” — bolstering the kinds of moves that Fifth-Third and others have made.

The firm notes that “while pricing continues to play a role, consumers see non-rate factors such as product type, convenience, and brand as more important.” PwC argues that digitization goes beyond how banking services are delivered. “The ability to rate shop, compare product features, and open or switch accounts are variables that increasingly matter not only for deposit growth but also deposit quality.”

That matter of deposit quality revolves around such factors as which checking account an institution holds. Ron Shevlin, Managing Director of Fintech Research for Cornerstone Advisors, has suggested that institutions can kid themselves that they haven’t lost accounts because they haven’t been closed. Yet consumers may have opened other accounts with other providers, that may be their primary account now.

The significance of this statement increases when it’s considered that Millennials are much more likely to switch institutions than other generations. And today “switching” may not be an obvious, trackable act, although no longer being the account where a consumer’s paycheck is direct deposited would be a strong clue.

Four Categories of Modern Checking
An analysis by Comperemedia, a Mintel Company, finds that in today’s banking market, there isn’t “one account to rule them all.” The firm breaks modern checking accounts into four broad categories:

Raddon suggests that banks and credit unions need to be proactive, and ready to make a counteroffer when consumers show signs of getting ready to leave or letting their account dwindle.

“Monitor households for declines in deposit balances of $25,000 or higher and reach out to these customers with special offers,” advises Raddon in a report authored by Andrew Vahrenkamp and Karen Kislin. “Use your transaction data to determine the destination of the funds.”

Contacting those consumers with an enticing offer, either in deposits or wealth management, depending on where the funds are going, can help win back dollars, Raddon suggests. Destinations to watch for include Fidelity, Schwab and TD Ameritrade.