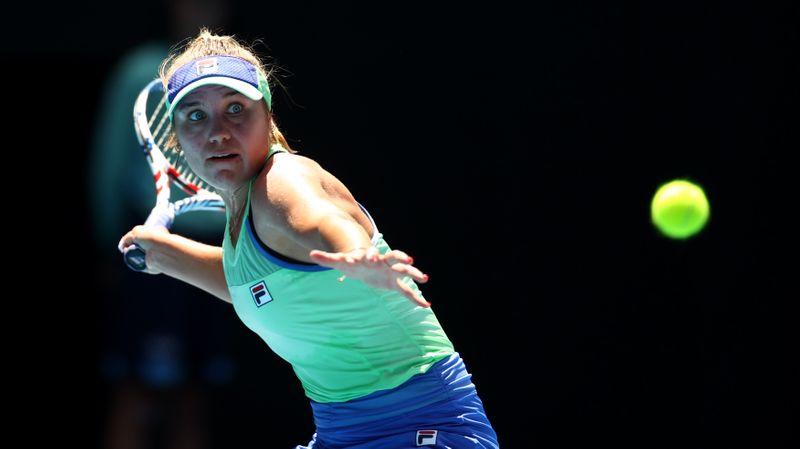 MELBOURNE (Reuters) – Sofia Kenin made a name for herself last year when she dumped her “idol” Serena Williams out of the French Open, a victory the Australian Open semi-finalist says was the pivotal moment of her tennis career.

Williams had arrived in Paris seeking another Grand Slam title to equal the 24 won by Australian great Margaret Court but was bundled out in the third round in straight sets by Kenin.

Kenin, who says she dreams of a doubles pairing with Williams, would fall in the next round to eventual champion Ash Barty but says that experience at Roland Garros changed her career trajectory.

“I feel like that was the first time I experienced getting to the second week,” she said after setting up an Australian Open semi-final date with world number one Barty.

“Obviously it felt really different. It’s so much different.

“But, yeah, I feel like that match really changed things. I obviously saw that I can play on this level, I could play with the best. Of course, it just happens to be Serena, my idol.

The 21-year-old had a breakthrough 2019 season when she won all three of her singles titles to reach a career-high ranking of 12, the United States’ number two behind Williams.

She finished the year with another impressive stat — tied for hard-court wins, 38, with Barty.

“I feel like all the match play I’ve had has helped me,” Kenin said. “Of course, I’m rising, so I’m trying to somehow keep my game stable, just play with stability, just play each match as one match at a time.

The Moscow-born Kenin, whose parents moved to the United States when she was a baby, is now the last remaining of 22 Americans in the women’s main draw.

“It’s exciting, I’m happy. I’m doing this for myself,” said Kenin, who eliminated compatriot Coco Gauff in the fourth round. “I’m trying not to think about the last American.