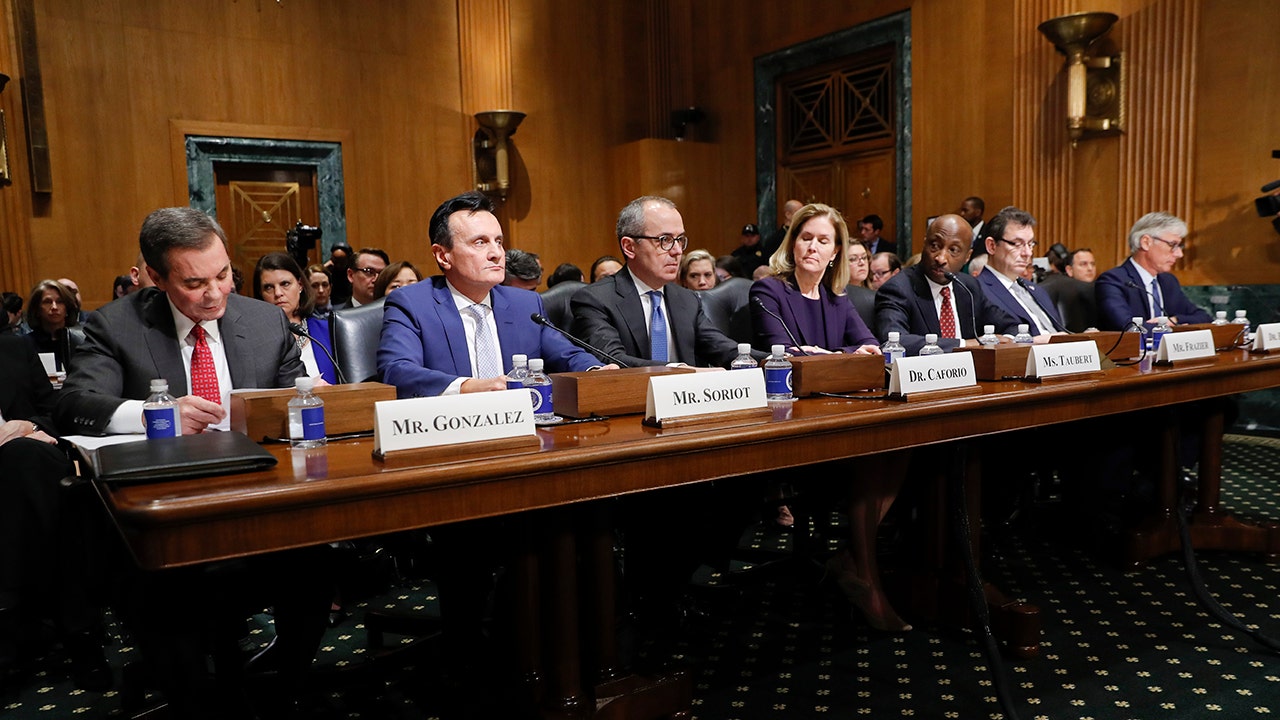 HHS Secretary Alex Azar tells FOX Business’ Maria Bartiromo that patients are in the dark when it comes to prescription drug pricing.

Big pharma is suggesting the industry will decrease the list costs for treatments or ensure consumers pay less at the pharmacy counter depending on the extent of the final rule, a development the White House could tout as a major win ahead of a bitter 2020 presidential race on an issue that galvanizes the public across party lines.

But pharmacy benefit manager warn it will hike premium costs for the seniors, a reality that some experts say is pushing the administration to quickly finalize the rule so elderly Americans don’t go to the voting booths immediately after finding out their insurance prices are going up.

“There’s probably a lot of seniors who are actually on drugs that are nonrebatable. They’re not going to get any benefit from this rule and all they will see is a rise in their premiums,” Cowen analyst Charles Rhyee told Fox Business.

The dueling viewpoints intensify an already bitter war of words between industries that for years have tried to place the blame for rising drug costs on one another.

Drugmakers charge that the rebates provided to PBMs don’t flow through to the customer and are used to pad profits, while the benefit managers argue consumer costs would decrease if pharmaceutical companies would simply lower their prices.

In an ironic twist, PBMs are employing an argument used by the drug industry to sink a pricing proposal from former President Barack Obama: that seniors will suffer from higher costs.

“A small percentage of seniors may net out favorably…but as many as 70 percent of beneficiaries are going to be worse off,” CVS Health CEO Larry Merlo recently told investors.

On the flip-side, some top pharmaceutical firms are now indicating they will lower list costs if the proposal is finalized – though that could be contingent on whether the rule is also expanded to the commercial market, a difficult fête that would require congressional backing.

“If the rebates were removed from the commercial sector as well we would definitely reduce our list prices,” AstraZeneca CEO Pascal Soriot also told the panel, a commitment echoed by Merck and Bristol-Myers Squibb.

At the hearing, AbbVie CEO Richard Gonzalez  said it would be “supportive of taking the discount to the patient at the point of sale” and Johnson & Johnson said that would be its “goal.” Pfizer pledged to “move every single penny to the patients” without addressing whether it would decrease list prices – which consumers rarely pay but are the starting point for negotiations with the PBMs.

“Lowering list price has to be linked to better access and affordablity at the counter for the patients,” Sanofi CEO Olivier Brandicourt said.

The dispute also highlights the intense battle between the two industries to try to emerge unscathed from the Trump administration’s sweeping drug price actions.

While the rebate rule would undermine a key aspect of PBM’s business, experts say the impact could less significant than the rhetoric indicates. Other proposals from the administration would also further solidify their role in the pricing ecosystem and increase their negotiating leverage with drugmakers.